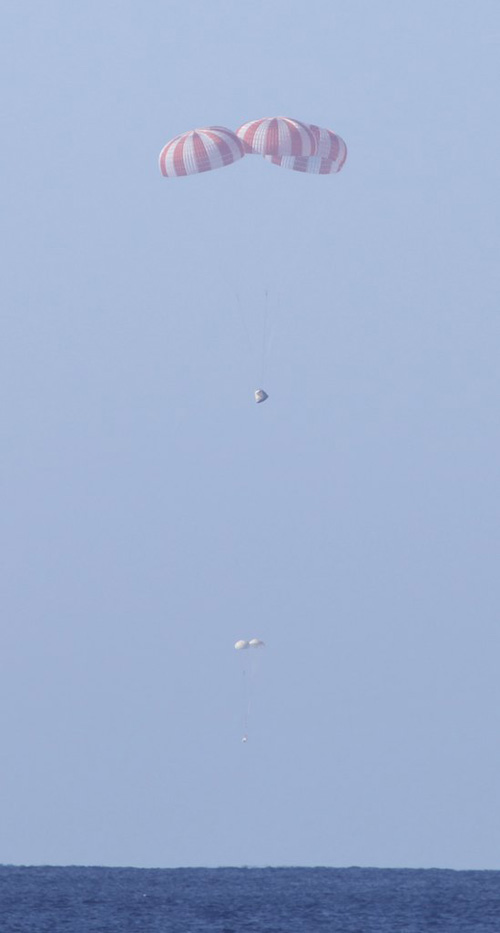 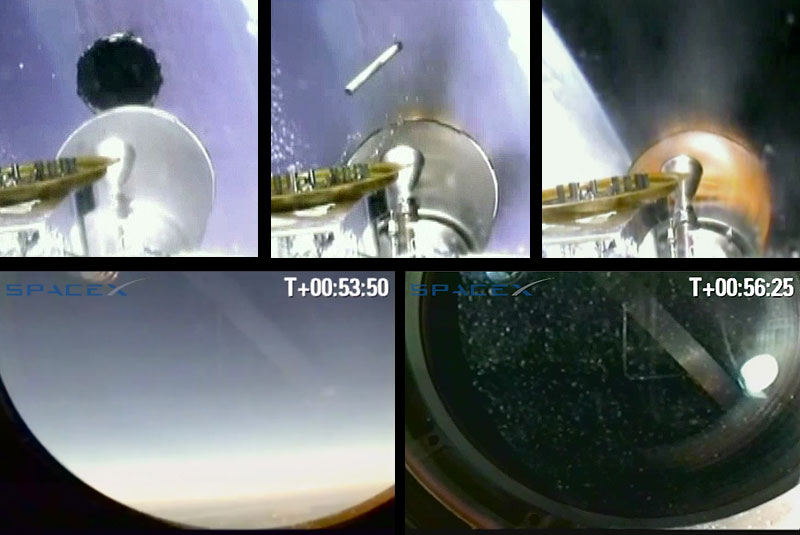 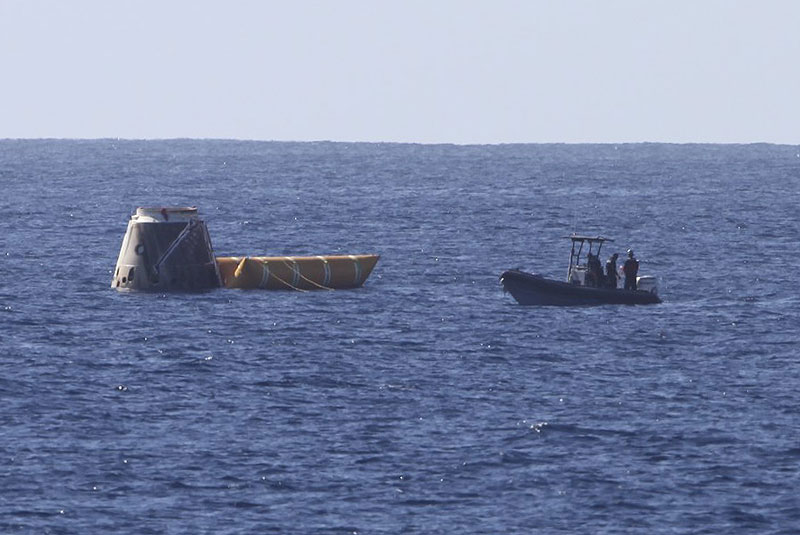 NASA and SpaceX chiefs shook their heads with disbelief and joy Wednesday after a perfect launch into orbit and back of the company's Dragon capsule, a historic first for the future of space travel.

Never before has a private enterprise attempted to launch its own spacecraft to orbit the Earth and splash back down intact, and SpaceX pulled off the operation perfectly, NASA and company officials said.

The demonstration launch invigorated the US space agency and boosted confidence in the prospect of using commercial vendors to carry astronauts into space and to supply the International Space Station.

"I am sort of in semi-shock. I wish I could be more articulate at moments like this," said SpaceX founder Elon Musk.

"It blows my mind. It is hard to be articulate with a blown mind," Musk told a NASA press conference.

"This has really been better than I expected," he added. "If there had been people sitting in the Dragon capsule today, they would have had a very nice ride."

The Dragon spacecraft blasted off from Cape Canaveral, Florida atop the massive Falcon 9 rocket at 1543 GMT.

The bullet-shaped capsule entered orbit about 10 minutes later, then circled the Earth twice before re-entering the atmosphere from low orbit, and splash-landed into the Pacific Ocean at 1904 GMT.

"The SpaceX Dragon Spacecraft has successfully splashed down in the ocean. Mission success!" NASA tweeted moments after the company confirmed Dragon had made a soft landing in the ocean well west of the Mexican coast.

No one was aboard the Dragon space capsule on this flight, but it has room for seven crew and an ample cargo hold that could supply the International Space Station, after NASA closes down its space shuttle program for good next year.

"From all indications it looks like it was 100 percent successful," said Alan Lindenmoyer, manager of the NASA Commercial Crew and Cargo Program.

"It's really an amazing accomplishment for SpaceX," he added. "This experiment is working -- this public-private partnership has shown to be successful today.

"Thank you for the early Christmas present."

The operation aimed to showcase the capsule's ability to launch and separate from the Falcon 9 rocket, orbit Earth, transmit signals and receive commands, then make it back intact.

Company president Gwynne Shotwell said the water landing was just 52 seconds later than projected and the craft splashed down within six miles (10 kilometers) of its landing point, and well within the 60 by 20 kilometer (37 by 12 mile) range.

The next step is for a fly-by of the ISS as part of a five-day mission in which the Dragon will approach the orbiting station within six miles.

Later, an actual cargo and crew mission to the ISS is planned. Both are scheduled to take place in 2011.

Prior to Wednesday, the company was not overly optimistic that all would go according to plan in its demonstration launches, projecting only a 70 percent likelihood of success.

A couple of glitches did delay the launch. First, a crack in the engine nozzle was discovered on Monday, postponing the launch by a day. Then, the first attempt Wednesday morning was aborted just moments before liftoff.

The US space agency NASA signed a 1.6-billion-dollar contract with SpaceX in December 2008 under the Commercial Orbital Transportation Services (COTS) program to provide 12 spacecraft with cargo capacity of at least 20 tonnes to resupply the International Space Station (ISS) through 2016.

NASA has also signed a contract of 1.9 billion dollars with Orbital Space Corporation for eight launches of its Taurus II rocket starting in 2011.

President Barack Obama hopes the private sector will help fill the gap that will open when the space shuttle fleet is retired next year, and before a new generation of spacecraft is developed.

The three US shuttles -- Discovery, Atlantis and Endeavour -- will become museum pieces after a final shuttle mission to the space station in 2011.

Obama has proposed spending six billion dollars over five years to help the private sector develop reliable and affordable launchers to transport cargo and US astronauts to the International Space Station.

During the transition period, the United States will depend on Russian Soyuz rockets for access to the ISS.

NASA Administrator Charles Bolden said "the historic significance of today's achievement by SpaceX should not be lost.

"These new explorers are to spaceflight what (1920s airplane pioneer Charles) Lindbergh was to commercial aviation." 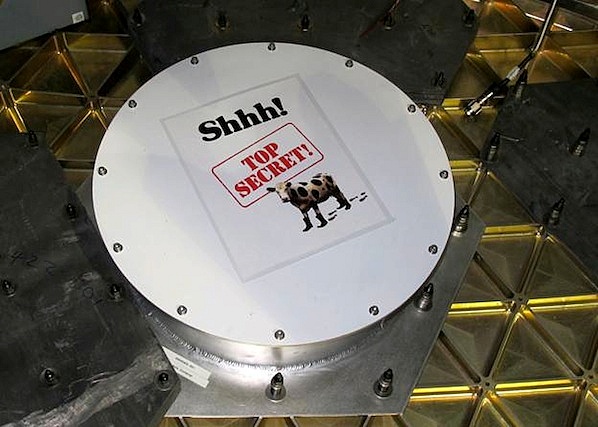 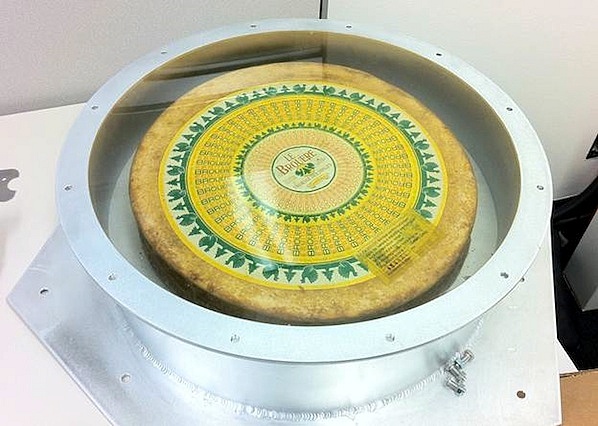 one small step for a cheese, one giant leap fromage-kind :megalol: ;) 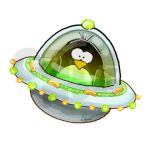