Launch Postponement of H-IIB Launch Vehicle No. 2 with KOUNOTORI2 (HTV2) Onboard

The launch of the H-IIB Launch Vehicle No. 2 (H-IIB F2) with the KOUNOTORI2 (HTV2, a cargo transporter to the International Space Station) onboard has been rescheduled as clouds including a freezing layer (please refer to the following
figure) that exceeds the restrictions for suitable weather are forecast to be generated at around the scheduled launch time on January 20, 2011 (Japan Standard Time.) The new launch day will be no earlier than January 22 (Sat.,) 2011 (Japan Standard Time, JST).
The launch was originally scheduled for 3:29:19 p.m. on January 20 (Thur.,)
(JST) from the Tanegashima Space Center.
The new launch day and time will be announced as soon as it is decided. 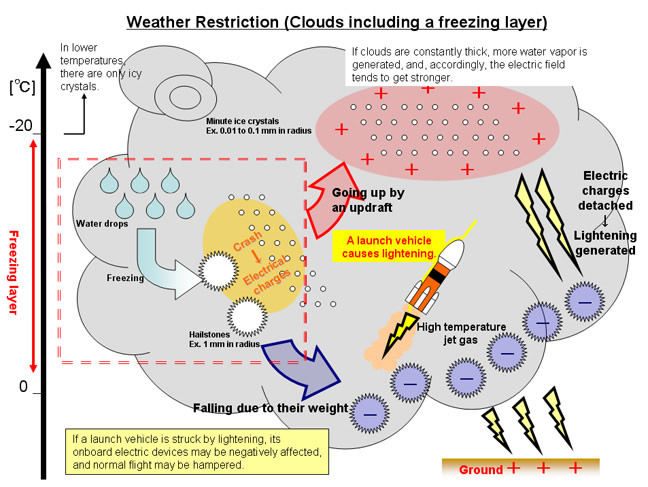