Deputy Prime Minister Dmitry Rogozin, who oversees the government and defense industry, in particular, the activities of Russian Space Agency, called the situation unacceptable to the penetration of foreign objects and urged authorities to urgently restore order in this area.
A few days ago, bloggers posted on the internet report on the penetration into the territory of NGOs "Energomash" in Khimki.
"I think we should take immediate steps to restore order in this area (security objects that are subordinate to the Russian Space Agency)," - said Deputy Prime Minister for meeting with the Minister Vladimir Popovkin.
According to Rogozin, "the recent case of penetration by an object outsiders" - "is an unacceptable situation."
According to bloggers, they went five nights in the company and never saw protection. Bloggers have posted dozens of photos in LJ. Get into "Energomash" can be a hole in the fence, the repair of which, as reported by the newspaper "Izvestia" senior vice president of RSC "Energia" (management company of the NGO "Energomash") Vladimir Osmolovskii, the space company has no money.
On Wednesday, the vice Prime Minister, commenting on this case in his microblog on Twitter, vowed to "shut the trap" - "as in mice, and for carotid cats."
Rogozin also asked to report on the causes of Popovkin failures of recent missile launches, according to RIA Novosti

Expiring in 2011 was the year of the 50th anniversary of flight UA Gagarin into space. This flight was carried out using the RD107 and RD108 engine development Energomash on the first and second stage of the "Vostok". The use of modified versions of these engines is well under way in our time. In 2011 the world was made 84 starting space launch vehicles, launch in 39 (46.4%) of which were used engine development Energomash. As for the Russian carrier rockets, here starts from 32 engines developing Energomash used in 31 start-up (96.9%). All engines have successfully completed their tasks, comments on the engines did not exist.

In the outgoing 2011 Energomash were actively working on mass production of liquid rocket engines RD171M for "Zenit" and RD180 for RN "Atlas 5." For customers, made 6 engines and 6 engines RD171M RD180.

The program to develop the engine RD191 successfully completed phase inter-test (MVI) of the engine. Interagency Commission (IAC) formed a joint decision of the Space Forces of the Ministry of Defence of the Russian Federation and the Federal Space Agency, May 17, 2011 Act was signed ERM, in which it was stated that the engine has successfully completed RD191 stage of ground tests and is suitable for use in the family launch vehicle "Angara". In addition, it was recommended set of design and technological documentation chars O1, opening the way the new engine in production. This work is now complete.

In 2011, NEC-751 JSC "NPO Energomash them. Academician VP Glushko, "A total of 21 were conducted firing tests. All tests are to be successful, their comments on the course has not arisen. This suggests that the entire staff of NIK-751 worked with high-impact, providing a high quality of the trials. Plans for 2012 include increasing the number of fire tests.

In Energomash also carried out work on the creation of engines for future launch vehicles. Thus, in the works to create MRKS conducted the first experimental test of the engine-demonstrator. This work will continue in 2012.

In general, Energomash spends a large amount of work aimed at strengthening the capacity of the family of oxygen-kerosene rocket engine based on engine RD170/171 having provided a wide range of rods (from 60 ton to 800 ton), a new launch vehicles, including prospective boosters heavy class.

Among the promising areas of improvement can be identified LRE work carried out in 2011 on the development, experimental testing and subsequent implementation of the laser incendiary devices (LZU) for non-hypergolic ignition when starting from propellants and gas generators in the chambers of liquid rocket engines, as well as work by the modified missile fuels with improved rheology of polymer-based additives to improve the energy characteristics of the oxygen-kerosene rocket engine thrust and launch vehicles.

Energomash is constantly engaged in the field of improving competitiveness in domestic and international markets through the development and market a new generation of products, introduction to production of innovative technologies and technical solutions aimed at reducing costs and improving the quality of produced engines.

September 28, 2011 Center of Innovation "Energomash them. Academician VP Glushko "(subsidiary of JSC" NPO Energomash ") was added to the registry of the Innovation Center" Skolkovo "as a member. In the center of "Skolkovo" organized cluster of space technology and telecommunications, which should create a special ecosystem for deep applied and basic research and innovation in the space industry, and Energomash actively involved in his work. Since then the company a real opportunity to conduct research and design work in promising areas using a variety of financial and economic preferences, guaranteed by the statute, as well as budget funding in the investment activities of the Innovation Center "Skolkovo".

At Energomash continuing modernization and upgrading of production. The first focuses on the most problematic places. In 2006 - 2009's it was purchased 30 units of foreign equipment, mostly for machining. In 2011 it was purchased and upgraded 66 6 units of technological equipment, and 7 units of power equipment. The most important of them: soldering oven, automatic orbital welding systems, elektroerrozionnye stitched and wire machines, machining centers, leak detectors and endoscopes, high-pressure compressor, steam boiler, power transformers. Also, the company is working on reconstruction plating shop.

Much attention is paid to work on improving the reliability and quality of the LRE at each stage of development and manufacturing of engines. This daily hard work yields results that are reflected in the successful launch of space launch vehicle with engines designed by Energomash, conducting fire tests on stands Energomash, the timely delivery of new product engines. In 2011 the company created a special classroom equipped with modern technology, models of engines, their components and assemblies. In this class, conducted training sessions and with students at the Moscow Aviation Institute, here are trained inspectors QC, who are trained in the use of modern monitoring equipment in practical work in various shops of our company.

Training - this is one of the most important activities of the enterprise. Management of the company pays much attention to this area. In Energomash in the signed cooperation agreements being made to deepen cooperation leading space universities - Moscow Aviation Institute (a national research university), RSTU them. KE Tsiolkovsky (MATI) and MSTU. NE Bauman - with our company. JSC "NPO Energomash" ready to provide a rich technology, test and design basis for participation in the learning process. Thus, students will receive higher technical education at the highest level of technology, and space industry will receive a new highly qualified professionals.

The company is building a hotel complex for temporary accommodation employees, which in fact would serve as a hostel for 615 people. Construction of the first phase should be completed in December 2012. Also, now addressed the issue of construction of an apartment building at 800 - 850 apartments. Building a house to be implemented before the end of 2015.

Much work has been done in the company on various activities, but still quite a number of problematic issues that need to be addressed in the near future to continue the sustained activity of the enterprise, continued production of liquid propellant with high quality and reliability, to develop new projects for future liquid propellant rockets. 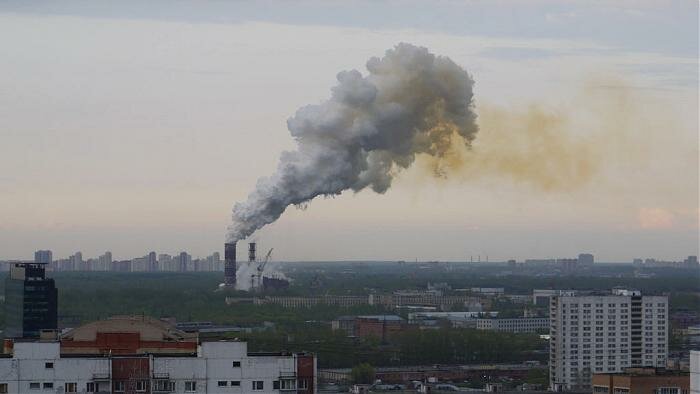 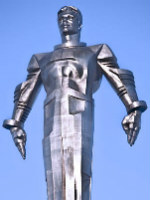