February 24 at the airport "Jubilee" complex "Baikonur" landed the aircraft AN-124-100 ("Ruslan"), which is delivered to the cosmodrome communications spacecraft (SC) "Intelsat-22» (Intelsat-22), manufactured by Boeing Satellite Systems, Inc at the request of «Intelsat Ltd». After the unloading operations of the vehicle compartment aircraft, the container with the spacecraft was delivered to the assembly and test building (MIC) 92A50, which will be preparing the spacecraft for launch.

Satellite "Intelsat-22" is one of the four spacecraft, manufactured by Boeing, which will update and complement the existing group communications satellite company Intelsat and is designed for telecommunications services, including maintenance of data networks and video services in Africa, Asia, Europe and the Middle East.

In parallel with the spacecraft in the MIK 92A50 are preparing the launch vehicle (LV) "Proton-M", designed for removal of the spacecraft into orbit. Specialists of the rocket and space industry in Russia are preparing propellant rocket engines, brakes are installed on the second and third stage (used for the separation of the 2nd and 3rd stages, and the third stage with a payload).

Start a space rocket (ILV) "Proton-M" with the upper stage "Breeze-M" and the spacecraft, "Intelsat-22" is tentatively scheduled for March 25, 2012.

Delivered to the Baikonur space vehicle "Intelsat-22"
02/24/2012 ::
.../cut/...
Specialists of the rocket and space industry in Russia are preparing propellant rocket engines, brakes are installed on the second and third stage (used for the separation of the 2nd and 3rd stages, and the third stage with a payload).
.../cut/....

The specialists of enterprises in the rocket-space field of Russia conduct the preparation of the brake solid propellant rocket engines, established at the second and third step [RN] (they are used during the separation of the 2nd and 3rd steps, and also the 3rd step with the payload).


Yesterday, March 6, delivered to Baikonur cosmodrome upper stage (RB), "the Briz-M", which will be used as part of a space rocket (ILV) "Proton-M" to launch telecommunications spacecraft, "Intelsat 22".
At the airport, "Jubilee "upper stage delivered a heavy transport aircraft An-124-100" Ruslan "Russian Airlines" Flight ", which is the main carrier of oversized cargo Khrunichev them. MV Khrunichev.
upper stage "Breeze" is transported to the square. 92 Baikonur Cosmodrome and is set to stand in the assembly and test facility 92A-50, where they Khrunichev specialists. MV Khrunichev will begin its prelaunch preparation.
launch of the spacecraft, "Intelsat 22" is scheduled for the end of March this year, according to press service of the Russian Space Agency and the Khrunichev them. MV Khrunichev. 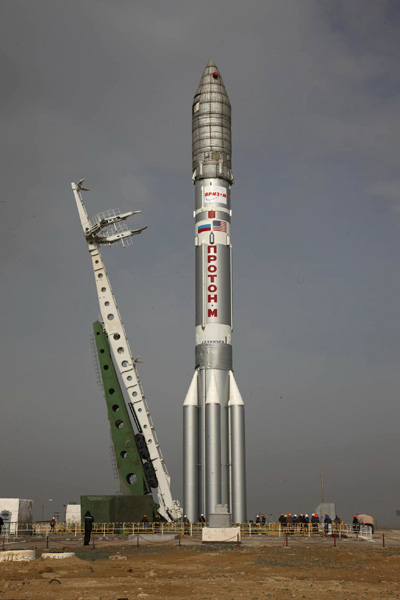 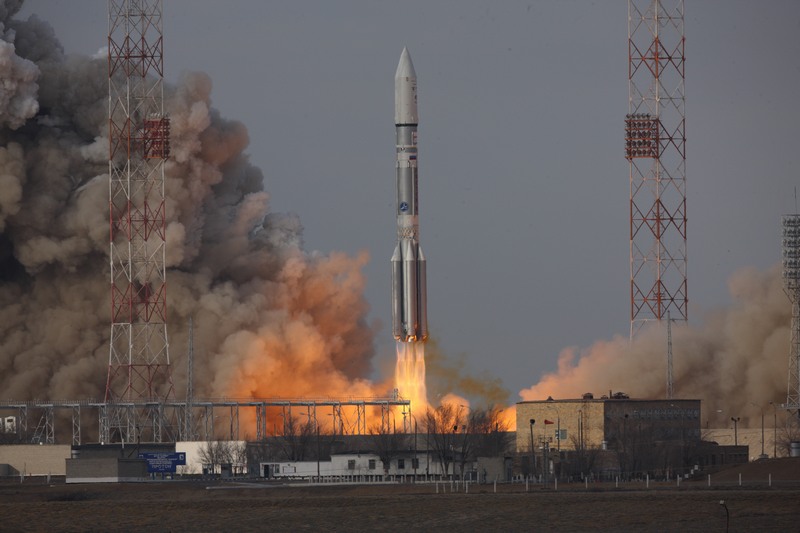