In 2011, China will launch Tiangong 1, its first space laboratory. The flight of Tiangong has been openly discussed for years, and we have even seen video of the actual spacecraft being assembled.
Nevertheless, there's been a recent spate of reporting on the subject, mostly in the form of confusing stories appearing in the Chinese media. The sudden release of these stories, which really provide no enlightenment to dedicated space observers, is curious.

It's as if China suddenly feels the need to remind the world of its aspirations in spaceflight. The timing of the stories, coinciding with the end of NASA Administrator Charles Bolden's visit to China, is probably no coincidence.

The Chinese reportage is somewhat garbled and potentially misleading, suggesting that the stories were probably run in haste. This, in turn adds further weight to my speculation that China felt the need to make a publicity splash, quickly, on the instruction of higher government authorities.

It's worthwhile pausing to consider what we know about the Tiangong space laboratory, and what China is really planning to do. Beyond the upcoming launch of Tiangong 1 and the confirmed launches to follow it, nobody can be totally sure of what will happen next.

Not all the reportage and statements are consistent. Nobody really knows the precise launch dates or technical details of what will come after Tiangong 1 is finished. Nobody knows if Chinese authorities will change their plans in the future, given the somewhat dynamic state of international space activity. But we can make probable case that fits most of the available evidence.

Tiangong 1 is a small laboratory module, with roughly the same internal volume as a compact van. The spacecraft will launch in the first half of 2011, and will spend a few months flying solo.

During this time, Tiangong will be put through a "shakedown" flight as its spaceworthiness is checked out. Some experiments will also be run on board, such as remotely operated cameras for Earth observation.

In late 2011, the Shenzhou 8 spacecraft will be launched. Carrying no crew, it will dock automatically with Tiangong 1 in orbit.

This will confirm China's ability to perform rendezvous and docking operations, and transfer crews to the laboratory. After staying together for a few weeks, Shenzhou 8 will undock and its descent module will return to Earth. Experiments carried inside the module will then be retrieved.

In 2012, Shenzhou 9 will be launched. It will carry the first astronauts to travel to Tiangong. The crew is expected to be three. The astronauts will enter the laboratory and live aboard for a short period, possibly around two weeks. Afterwards, they will return to Earth on Shenzhou 9.

Later in 2012, or possibly 2013, Shenzhou 10 will be launched to Tiangong 1. This will carry two or three astronauts. There's a good chance that this mission will carry China's first female astronaut, one of two recent recruits whose identities remain officially guarded.

Time will pass while China prepares its next laboratory. Tiangong 2 will probably be almost identical to Tiangong 1, but China will probably replace some components and fine-tune the overall design. We have seen similar evolution taking place in the Shenzhou program, which was gradually tweaked with each successive launch.

Tiangong 2 will probably launch in 2013 or 2014. There will be no need for an unmanned docking test with this module. Instead, the Shenzhou 11 spacecraft will carry a crew of two or three astronauts to occupy it. After their mission ends, there will be gap of a few months or possibly a year. Then, a second crew will fly to Tiangong 2. There could even be a third expedition to this laboratory.

Tiangong 3 is expected to be the last laboratory planned for this program. It will be more evolved in its design than its two predecessors. Chinese statements have indicated that it will be capable of receiving cargo vehicles as well as Shenzhou spacecraft.

In practice, this means that Tiangong 3 will need a docking hub, capable of supporting more than one spacecraft simultaneously. Tiangongs 1 and 2 are expected to hold just a single docking port. The docking hub will probably be a spherical unit with docking ports at 90-degree angles.

The cargo vehicle for Tiangong is expected to be another Tiangong module, its interior filled with food and other expendables as well as equipment. China would be expected to launch the cargo ship to Tiangong 3 before it sends any crews there.

The cargo vessel would probably dock nose-to-nose with Tiangong 3. When the first Shenzhou spacecraft arrives, it will probably dock with the hub at right- angles to the two modules, making a T-shaped complex of three spacecraft.

The use of a supply spacecraft will greatly expand the endurance of crews to this laboratory. It's possible that a crew could be sent on an extended-duration stay of a month or even more. If the crew size is kept at only two astronauts, the logistics can be stretched even further.

Tiangong 3 will probably fly around 2016. It is unclear how many expeditions will be sent to it, how long each will stay, or how large the crews will be. Such details have probably not been determined precisely by the Chinese at this stage.

After Tiangong 3 is finished, China can begin work on its goal of launching a large, multi-module space station. This space station will be constructed from large modules, similar in appearance to the Russian Salyut space stations of the 1970s.

The development of this station will draw upon all the experience gained in the Tiangong space laboratory program. Artwork of this space station suggests that there will be three large modules arranged in a T-fashion. Crews will be launched to the station aboard Shenzhou spacecraft.

While the exact details may change, there's one clear message that needs to be taken from the recent statements. China is willing and able to support an autonomous human spaceflight program. It is preparing a diverse stable of space hardware, removing any potential dependence on other nations.

Although there could be international co-operation in the future, China's plans do not place other nations in the "critical path", where a problem with an international partner can derail the overall course of a program. This is an important issue for other nations to remember in forging any future partnerships in space. 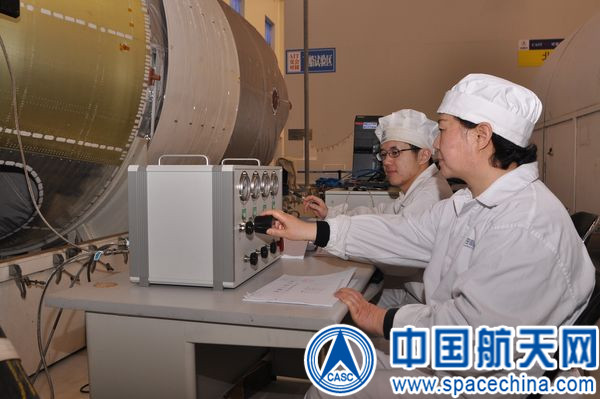 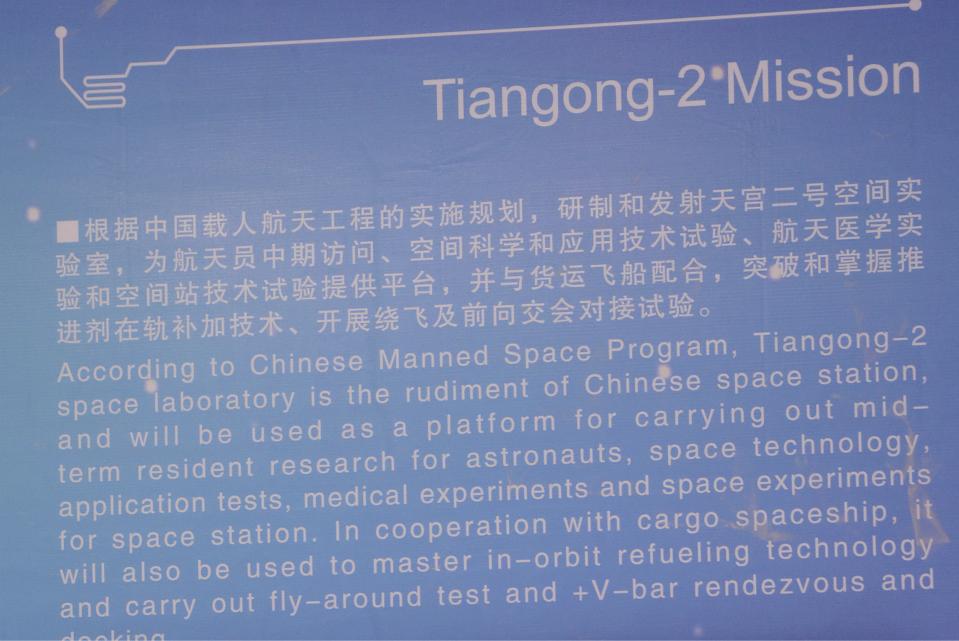 It will also be used to master in-orbit refueling technology

It will also be used to master in-orbit refueling technology 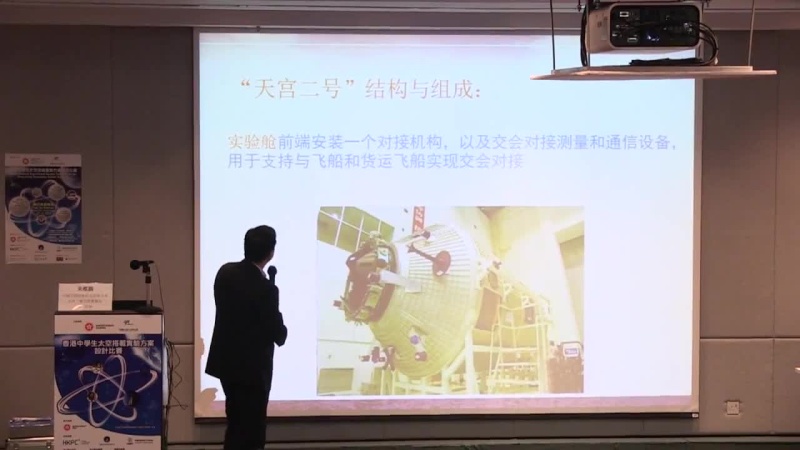 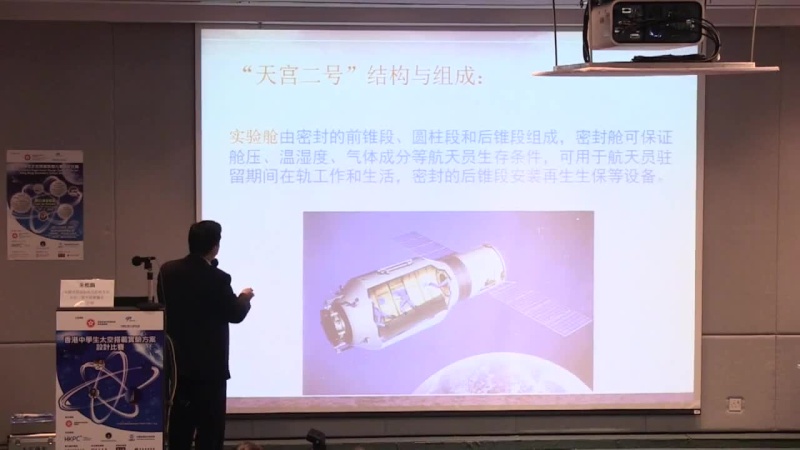 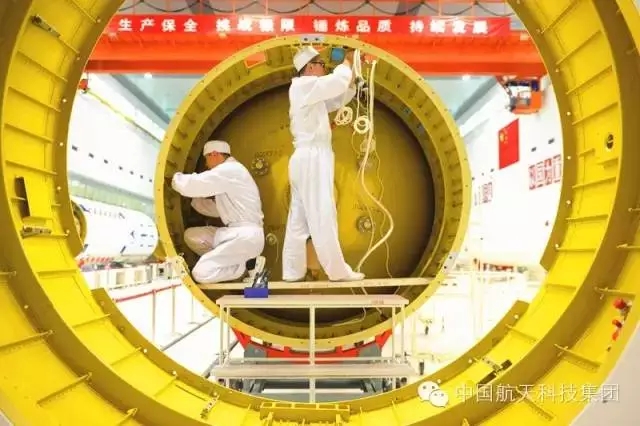 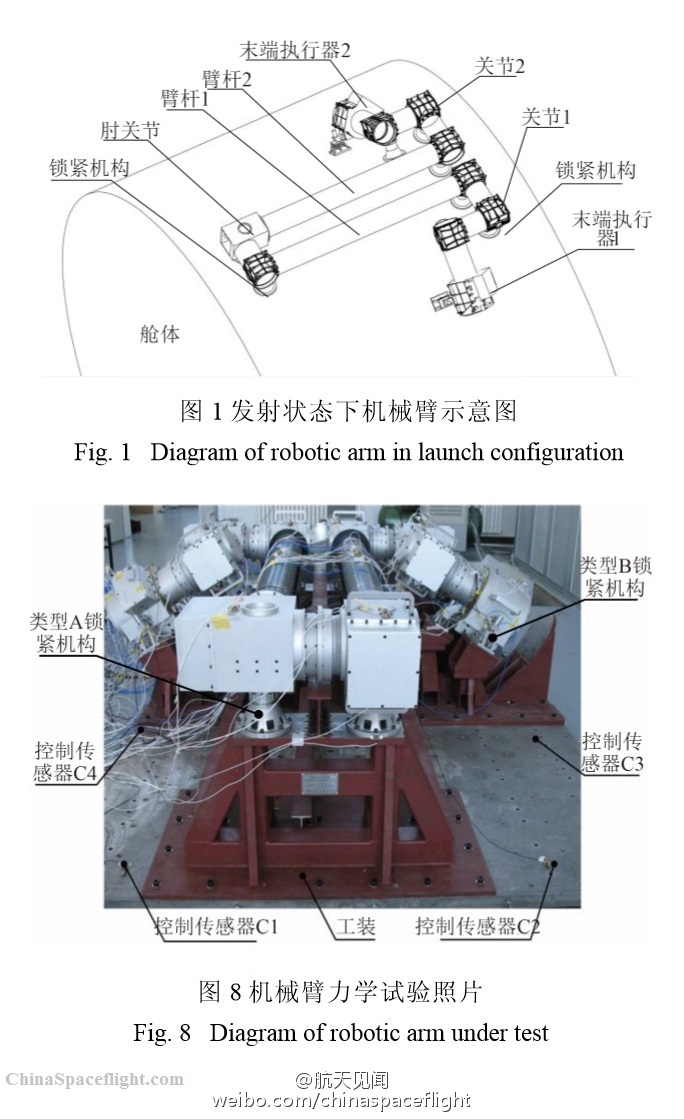