Crowned with a record-setting horde of 29 satellites, a Minotaur 1 rocket bounded into the sky from Virginia on Tuesday night 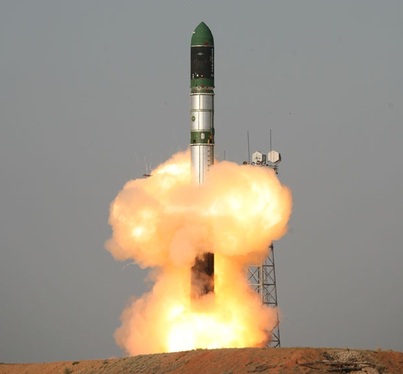 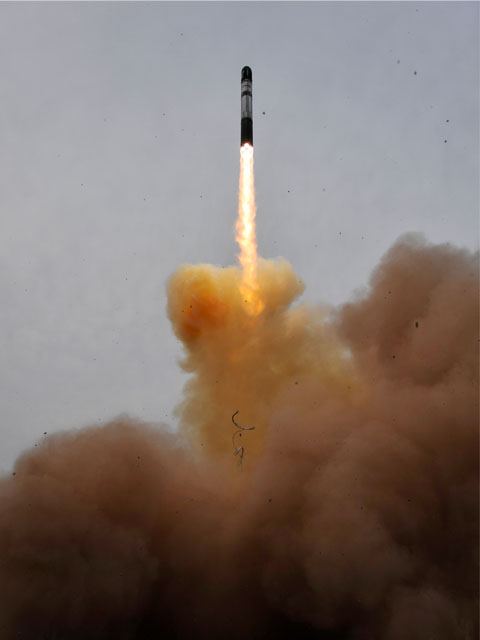 Dubaisat 2 – Earth observation satellite built by the Emirates Institution for Advanced Science and Technology for the Satrec Initiative, a
satellite manufacturing company in South Korea. Its purpose is to obtain images for commercial users in the United Arab Emirates.

Skysat 1 – Commercial remote sensing satellite for Skybox Imaging of the USA. It will collect high resolution panchromatic and multispectral images of the Earth.

Eagle 1 (BeakerSat) – 1.5p PocketQubeSat from Morehead State University, Kentucky carrying spacecraft technology tests including a de-orbit system based on increasing air drag by releasing a flat panel to increase the satellite’s cross section and to increase its visibility to radar.

HumSat-D (Humanitarian Satellite Network-Demonstrator) – 1U Cubesat designed and developed at the University of Vigo, Spain. Demonstrator for the future HumSat constellation – a store-dump communications system to collect data from ground-based sensors

PUCPSat 1 – 1U Cubesat built by the Institute for Radio Astronomy at Pontificia Universidad Católica del Perú (PUCP). Carries equipment to measure temperature. Included is a smaller satellite Pocket PUCP with a similar mission – it will be released once PUCPSat 1 is in independent orbit.

Dove 4 – 3U Cubesat, with Dove 3 on the same launch vehicle, the start of a constellation of Earth imaging satellites operated by California-based Planet Labs.

FUNcube-1 – 1U CubeSat from AMSAT-UK and aimed for its transmissions to be received easily be received by schools and colleges and decoded in the classroom. It’s purpose is to provide stimulation and encouragement for students to become interested Science, Technology, Engineering and Mathematics. Also carrying a radio amateur transponder.

ZACUBE-1 – 1U Cubesat built mainly by postgraduate students at South Africa’s Cape Peninsula University of Technology (CPUT). Carries a
beacon at HF for ionospheric studies that will also be used to calibrate the HF SHARE radar located in Antarctica.

NEE-02 (Krysaor) – 1U cubesat from the Ecuadorian Civilian Space Agency (EXA). Built as the backup for NEE-01 PEGASO (2013-018B/39151)
as a technology demonstrator and remote imager. It will also be used as an educational tool for Ecuadorian schools. NEE is an acronym for Nave Espacial Ecuatoriana.

First-MOVE – 1U Cubesat built as a demonstration item by students from the Institute of Astronautics of the Technische Universität München.
It carries a solar cell experiment and a camera.Released from ISIPOD FM-23.

Velox-PII – 1U Cubesat from Nanyang Technological University, Singapore built as a technology demonstrator and carrying a development
version of a Sun sensor.

Delfi-n3Xt – 3U Cubesat from Delft University of Technology, equipped with a three-axis attitude determination and control system. Follow on from Delfi-C3 (2008-021G/32789).

Dove-3 – 3U Cubesat, with Dove 4 on the same launch vehicle, the start of a constellation of Earth imaging satellites operated by California-based Planet Labs.

Triton-1 – 3U Cubesat carries a test version of an test an experimental advanced AIS (Automatic Identification System) receiver for picking up location information from ships at sea. Will also transmit readable data for decoding by radio amateurs.

OPTOS – 3U Cubesat from the Instituto Nacional de Tecnica Aerospacial of the Spanish Space Agency, Madrid. Carries APIS (Athermalized Panchromatic Image Sensor) to study the degradation of lenses in the space environment by imaging the same region repeatedly under the same light conditions, FIBOS (Fiber Bragg Gratings for Optical Sensing) to measure temperature by studying a laser beam travelling across the optical gratings, and the GMR (Giant Magneto-Resistance) system to study magnetic fluxes in the Earth’s magnetic field.

BRITE-PL (Lem) – small astronomical satellite as the Polish contribution to the BRITE (Bright Target Explorer) mission, developed by a
consortium of Canadian, Austrian and Polish institutes. It will study the brightest stars in the Miky Way galaxy.Released from NLS 9 XPOD 1.

GomX-1 – 2U cubesat built under management of GomSpace with assistance by the University of Aalborg, Norway. Its principal purpose is to evaluate use of satellites to monitor ABS-B data transmissions from commercial aircraft on trans-oceanic routes.Released from NLS 9 XPOD 3 (Double M-2).