The parlour of The ministers of Ukraine appointed the command bar of fraction BIUT in Kievsovete Alexandra Zinchenko the superintendent of The national cosmic agency of Ukraine (NKAU). As report in the government of Ukraine, such decision was adopted gv the conference of Kabmina 11 February.
About the reasons of unexpected alterations in handbook NKAU does not communicate. 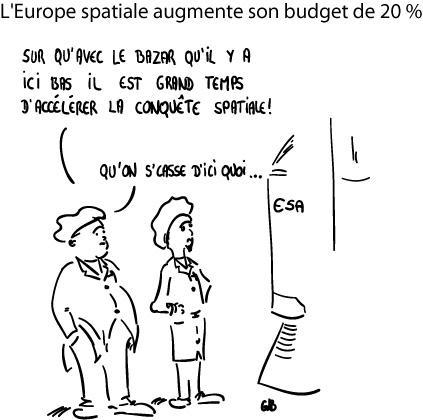 April 14, 2010 in Kiev held a press conference the Director General of NSA Yuri Sergeyevich Alexeyev, dedicated to the main results of space activities in Ukraine in 2009 and plans for 2010, according to the Space-Inform.
The main topic of the press conference:
- The outcome of the space industry in 2009 and tasks for 2010;
- Plans to launch Ukrainian carrier rockets "Dnepr" and "Zenith" in 2010;
- Preparations for the launch of a new Ukrainian satellite remote sensing "Sich-2";
- The progress of the project "Dnipro", "Land Launch", "Cyclone-4";
- Participation of the industry in the establishment of the carrier rocket Taurus-2.
Excerpts from the responses to questions from reporters Alekseeva, published in electronic tapes Ukrainian media:

RBC-Ukraine. Space industry, serving Russian orders, increase production in 2010-2011. 20%.
"The volume of production space industry of Ukraine were always meant to 75-80% for Russia. Today this trend continues. According to our instrumentation plants - on "Kievpribor and Kharkov Kommunar - we expect output growth in 2010-2011, the 20%. This is due to the fact that this year will be the last year of flight of Space Shuttle, and the burden of servicing the International Space Station will be on the Russia - on the Soyuz spacecraft and "Progress". We are party to manufacture devices for these vehicles, so at the expense of what will increase the number of manned and transport ships - these two plants will be additional production volumes in these enterprises will upload a decent part of Russia ", - Yu said Alexeyev. He also said that prior to 2015 should be made 10-11 Soyuz and Progress ", which ensures load the space industry "Kievpribor" and "Kommunar.

RBC-Ukraine. Ukrainian-Brazilian joint venture Alcantara Cyclone Space "received a preliminary environmental permit to begin work on the home page site for the project to launch Ukrainian carrier rockets "Cyclone-4" with a view to launching into Earth orbit satellites for various purposes.
"Big step forward in comparison with the previous time - we are three days ago, finally received a preliminary environmental permit to begin work on the launch. Until then walked all sorts of environmental studies. This joint victory of Ukraine and Brazil that we have overcome all the bureaucratic hurdles and received a license to start operations ", - said Yuri Alexeev.
At the same time, Yuri Alexeyev said that at this point in the project "Cyclone-4" is the delay. "If we talk about technology, but today we are a little behind in the creation of separate elements, but I think that after our meeting in Brazil we call the approximate date of first launch" - promised Yuri Alexeev.
In general, the head of NSA, the successful implementation of a joint project with Brazil, "Cyclone-4", will allow Ukraine to reach a new level of development of space industry and strengthen its position in the global market.

Ukrinform. This year's planned five launches rocket "Dnepr" and two by a Zenit-3SLB "program" Land Launch.
On the program "Land Launch will be made two flights in the interests of the Russian Academy of Sciences. Of the five planned launch of a rocket "Dnepr" has already taken place in early April. At the same time, Yuri Alexeyev said that in connection with the declared bankruptcy of Sea Launch, launches a Zenit-3SL "likely to resume next year.
In 2009, carried out 6 carrier rockets of Ukrainian origin, during which the orbit were removed 11 spacecraft.

RBC-Ukraine. In Moscow, opened the session of the intergovernmental subcommittee on space.
"Representatives of the NSA, CB South and Kharkov NIIR - flew to Moscow for the subcommittee on space. On the Russian side, the meeting will be headed by Viktor Remishevsky, Deputy Head of Federal Space Agency. On the Ukrainian side delivered 4 major issue. First - how to accelerate the signing of an agreement on GLONASS. The second issue - the Russian State Duma ratified the agreement not to transfer missile technology. The third question - preparation of documents on the protection of intellectual property. And the 4 question - joint support program "Dnipro", - said Yuri Alexeev.
He said the subcommittee meeting includes discussion of a broader range of issues, but these 4 questions will be discussed by the Intergovernmental Ukrainian-Russian commission, which meets at the Summit will begin in Moscow on 22 April.

The state will do everything in his power to rocket and space industry has maintained its leading position in the world, said President of Ukraine Viktor Yanukovych during his visit to Production Association Southern Machine-Building Plant named after Makarov "in Dnipropetrovsk on Tuesday, reports RIA Novosti.
"Today Yuzhmash and space industry of Ukraine - a healthy body that lives. Certainly, the state will participate and will always take care of one of the most important sectors in Ukraine. This is - the prestige of the state, his face and pride. We will do everything that our space industry was one of the best in the world "- quoted Yanukovych's press service head of state.
According to him, it is also about preserving the traditions of Ukraine in this sphere.
"We will do the successive weighted steps for the development of the industry. You have to be sure" - he said.

Head of Federal Space Agency (Roscosmos) Anatoly Perminov has arrived in Ukraine for talks on cooperation in space sphere.
The head of Russian Space Agency visited the National Center for control and test space vehicles under the Evpatoria (Crimea), with which it is planned to manage the Russian space station research "Phobos-Grunt. Its launch a satellite of Mars Phobos is scheduled for late 2011 for delivery to Earth samples of soil.
In Crimea, Anatoly Perminov, will hold talks with the Director General of National Space Agency Yuriy Alekseev. Is expected to discuss topical issues that may come to the meeting agenda of Russian-Ukrainian Intergovernmental Economic Cooperation Committee.
They will discuss cooperation in the use of global navigation satellite system (GLONASS) under an agreement signed by space agencies in May 2010

Currently, the GLONASS constellation is 26 satellites. Used for their intended purpose 21 spacecraft, three - temporarily removed for maintenance, two - in the orbital reserve. Until the end of 2010 it is planned to launch four navigation satellites: three types of "Glonass-M and one - the new generation of" Glonass-K.

The Cabinet of Ministers approved the draft law "On the approval of the National target scientific and technical space program for 2013-2017 years." The corresponding decision was made ​​October 1, 2012, the press service of the Cabinet.
The bill, which will be submitted to the Verkhovna Rada of Ukraine, to approve the appropriate program, which is the fifth space program of independent Ukraine.
The purpose of the program - more efficient use of space capabilities to address urgent problems of socio-economic, cultural, information, research and education of society, national security and the defense and protection of the geopolitical interests of the state.
The total funding of the program approved by the government in February 2012, provided a total of 2.58 billion USD.
It is assumed that the program will ensure the development of space technologies and their integration into the real sector of the national economy and national security and defense. Specifically planned for remote sensing of the Earth from space, developing a space telecommunications and navigation, to conduct research, create space complexes, etc.
Program will be implemented at the expense of the state budget, investments and other sources (including the use of public-private partnerships). Indicative funding for the program from all sources of 2.58 billion USD., Including the state budget - 1.12 billion USD., RBC-Ukraine.