In its October 18, 2007 report of third quarter earnings, Orbital Sciences disclosed that Taurus II development could cost $40-45 million in 2008, but could also increase corporate revenue by as much as $25 million. The report stated that the company planned to announce whether it intended to proceed with Taurus II or not in early 2008.
http://www.geocities.com/launchreport/v200712.html

Orbital
and NASA’s Johnson Space Center are jointly developing a new
space transportation system in a three-year cooperative program to
support the International Space Station (ISS). The COTS program will
involve full-scale development and flight demonstration of a commercial
cargo delivery system. The COTS system will consist of:
• Taurus II, a new medium-class launch vehicle being developed by Orbital
• Cygnus, an advanced maneuvering spacecraft, and
• Several interchangeable modules for pressurized and unpressurized cargo.

The COTS demonstration mission is scheduled to take place in the fourth
quarter of 2010. Subject to NASA’s needs, operational COTS
missions would follow beginning in the first half of 2011. Orbital will
be capable of conducting two to eight operational missions a year by
2012, together with other non-COTS Taurus II launches.

Orbital will carry out design, manufacturing and test of the new Taurus
II launch vehicle in Dulles, VA and Chandler, AZ; the company’s
development, production and integration of its Cygnus spacecraft and
cargo modules will be done in Dulles and Greenbelt, MD. Early COTS
launches are planned at NASA’s Wallops Flight Facility on
Virginia’s Eastern Shore, while integrated mission operations
will be conducted from control centers in Dulles and Houston.

For NASA, COTS will provide a U.S.-produced and-operated automated
cargo delivery service for ISS support, to complement Russian, European
and Japanese ISS cargo vehicles.
The
Taurus II launch vehicle will have a payload capacity of 4,750 to 6,250
Kg to low-Earth orbits (depending on altitude and inclination). The
Cygnus spacecraft will be capable of delivering up to 2,300 Kg of
pressurized or unpressurized cargo to the ISS, and will be capable of
returning up to 1,200 Kg of cargo from ISS to Earth.

Plans call for a test flight from NASA's Wallops Flight Facility on the Eastern Shore of Virginia by the end of 2010. 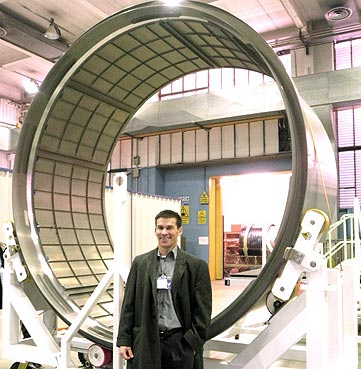 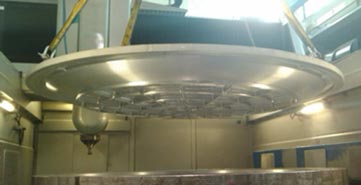