Neil Armstrong's passing reminded me of the moment I learned of his historic accomplishment. I didn’t gather with my family around the television to watch him take his “small step” onto the surface of the moon. When the momentous event occurred, I had no idea it was happening. I and several hundred comrades were otherwise engaged — prisoners of war in the enemy’s capital, where in 1969, news could travel slowly.

... Once in a while, the Vietnamese unwittingly let a little good news slip by. One evening, Hannah played a clip of a speech by a prominent American opponent of the war. It was a quick, throwaway line in a long list of diatribes about the war and the president. But we all caught it. The quote was something like: “President Nixon can put a man on the moon, but he can’t end the war in Vietnam.”

Yes, that was news to us, arriving years after the successful Apollo 11 mission.

We had all heard President John F. Kennedy commit our country to putting a man on the moon within a decade. Most of us prisoners were pilots, and we admired and envied the pilots who became Mercury, Gemini and Apollo astronauts. Most of all, we wanted our pride in our country, our love for the place where free people reached for the stars, reaffirmed in the place where it had been tested and mocked.

In that one screw-up, that brief mention of glorious news, our morale soared. We felt almost physically strengthened as we communicated with each other in whispers and tap code: “Did you hear that? Did you? We put a man on the moon. My God, we did it.”

Many years later, I had the honor of meeting the man who planted that flag. I told him how we had learned what he had done and how much it had meant to us. Armstrong was a brave man who made his countrymen proud, but he was also a modest man with a quiet demeanor, and he seemed moved by the recollection. 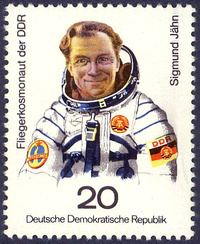