Professor Reimar Lüst, one of Europe’s great space pioneers, passed away on 31 March 2020 aged 97. Prof. Lüst was ESA’s third Director General, serving from 1984 until 1990, and was one of the greatest visionaries behind the initiation and then promotion of the European space endeavour.

Prof. Lüst was involved with the administration of European space science from the days of COPERS (Commission Préparatoire Européenne de Recherches Spatiales). First as Secretary of the Scientific and Technical Working Group and, from 1962 to 1964, as Scientific Director, he helped to draw up the scientific programme for ESRO, a forerunner of ESA, and an ambitious plan of launches and experiments known as the ‘Blue Book’.

He took up office as Director General of ESA on 3 September 1984, immediately throwing himself into intensive preparations for the ESA Council at ministerial level in Rome held in January 1985 where ministers approved the start of preparatory work on the Ariane 5 launch vehicle and the commencement of the Horizon 2000 science programme.
However, despite this flying start, it should be remembered that when Prof. Lüst joined ESA, times were hard. Since the late 1970s, staff numbers at ESA had been falling steadily and there were plans to limit activities to the most basic, while making do with only a few applications programmes.

As soon as he was in post, he sprang into action, managing to convince Member States to approve the start of a whole range of new optional programmes. As a result, between 1984 and 1990, more than 1000 staff were recruited. Indeed, he championed the recruitment of many talented young people with a view to introducing new ideas and working methods to ESA.
In 1986, he witnessed with immense satisfaction the successful encounter of the Giotto spacecraft with Comet Halley and, in September of that year, signed an Association Agreement with Finland.

In January 1987 he signed Accession Agreements to the ESA Convention with Austria and Norway, leading to those countries becoming the 12th and 13th ESA Member States respectively. In November 1987 he led a successful ESA Council at ministerial level in The Hague, approving the development programmes for Ariane 5, Columbus and Hermes.

He witnessed the first successful launch of an Ariane 4 from Europe’s Spaceport on 15 June 1988. In September 1988, he signed a Memorandum of Understanding with NASA on cooperation in the design and development of the International Space Station and then subsequently, with the USA and Canada, the first Intergovernmental Agreement on the Space Station.
The celebration of 25 years of European cooperation in space on 19 April 1989 in Paris, in the presence of Helmut Kohl, François Mitterrand and also Pierre Auger, made clear Prof. Lüst’s place in ESA’s history.

This was further cemented by the signing on 12 May 1989 of the deposit contract between ESA and the Historical Archives of the European Communities (now HAEU) that, to this day, has given historians the opportunity to study and write the history of Europe in space. He used to say that cooperating with all Member States at ESA was like ‘dancing with an octopus’, and his insight and invaluable experience were acknowledged by many.

Prof. Lüst leaves an important legacy in the field of European space research, having contributed to our knowledge of the origins of our planetary system, to solar physics, the physics of cosmic rays, plasma physics, hydrodynamics and to the physics of nuclear fusion.

On the occasion of the 50th anniversary of European cooperation in space, on 7 May 2014, Prof. Lüst said, “During the 50 years of cooperation, we experienced ups and downs. I could mention quite a number. But essential for the success of the European cooperation within ESA were, in my opinion, three elements: first, the development of an outstanding launcher, Ariane; second, the mandatory scientific programme; and third, the organisation itself.”

By honouring the memory of Reimar Lüst, ESA today reflects on the legacy of a remarkable man and recognises the invaluable contribution he made to space in Europe over more than 50 years. 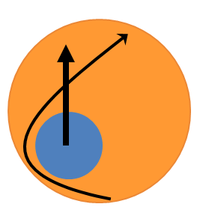