Voronezh "Design offices KBKHA (KBHA) began serial production of liquid rocket engines of its own design RD- 0124, to be installed on three types of launch vehicles.

According to the Director-General of the enterprise Vladimir Rachuk, the keel are just three of the engine. According to him, "RD-0124, the first rocket engine, developed and produced in Russian factories in the post-Soviet time." He will replace Engine, which, starting in 1964, has ensured the 1736 launch carrier of the famous "Union". "And, in that time there was not a single accident at the hands of the engine," said Rachuk.

Unlike previous models, RD-0124 will be able to withdraw into outer space by nearly one ton of goods more. When the price of shipment to 10 thousand dollars for one kg, it is important advantage. "In my class on the economy, this engine has no equal in the world, and this parameter can be written in the Book of Records", believes the general director.

Besides "Unions" RD-0124 will be installed and in the second stage of the new media Angara. "

Running these missiles, which will replace the "Protonam" will be subject to the Russian Plesetsk, allowing Russia to obtain independent from other countries access to space.

In addition, the airlines' flight "is a project" Air Launch, said Rachuk. Holders of such an engine will be installed on the world's biggest liner "Ruslan". And after the flight to the equator, with a height of 10-15 thousand meters will be the launch of a carrier with a payload into space.

This year, the KBHA be built six new engines in the next seven, but after four years KBHA plans to publish them on 10-12 pieces. 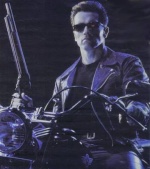 Initial tests firings of the RD-0124 engine reportedly started in 1996 and were completed in February 2004 at Khimavtomatika in Voronezh. At the time, representatives of Khimavtomatika were quoted as saying that the mass production of the engine could start as early as 2005.

Another test firing (in Voronezh) was conducted on December 27, 2005, clearing the way to full-scale tests of the entire third stage (Block I) of the Soyuz-2-1b rocket at NIIKhimmash facility in Sergiev Posad.