AFP :
The distance between the Red Planet and Earth varies between 55 million (34 million miles) and more than 400 million kms (250 million miles).
Even at the most favourable planetary conjunction, this means a round trip to Mars would take around a year and a half.

"That's why you [should] send people there permanently," said Aldrin. "If we are not willing to do that, then I don't think we should just go once and have the expense of doing that and then stop."

...Aldrin said the vanguard could be joined by others, making a colony around 30 people.

"They need to go there more with the psychology of knowing that you are a pioneering settler and you don't look forward to go back home again after a couple a years," he said.

"At age 30, they are given an opportunity. If they accept, then we train them, at age 35, we send them. At age 65, who knows what advances have taken place. They can retire there, or maybe we can bring them back."

The day before Aldrin made his comments in France, Bill Anders expressed a similar sentiment in Dallas, Texas. Participating in a panel discussion that also included NASA Administrator Michael Griffin, Anders not only endorsed the idea of a one-way trip to Mars, but volunteered to be on the crew.
This is serious, don't be misled, but we've spoken about risk and we've spoken about old age, one of the major misconceptions about the Mars program is that you spend a lot of time getting the crew back. I will go on record as volunteering to make a one-way trip to Mars and solve half of your problem!'' 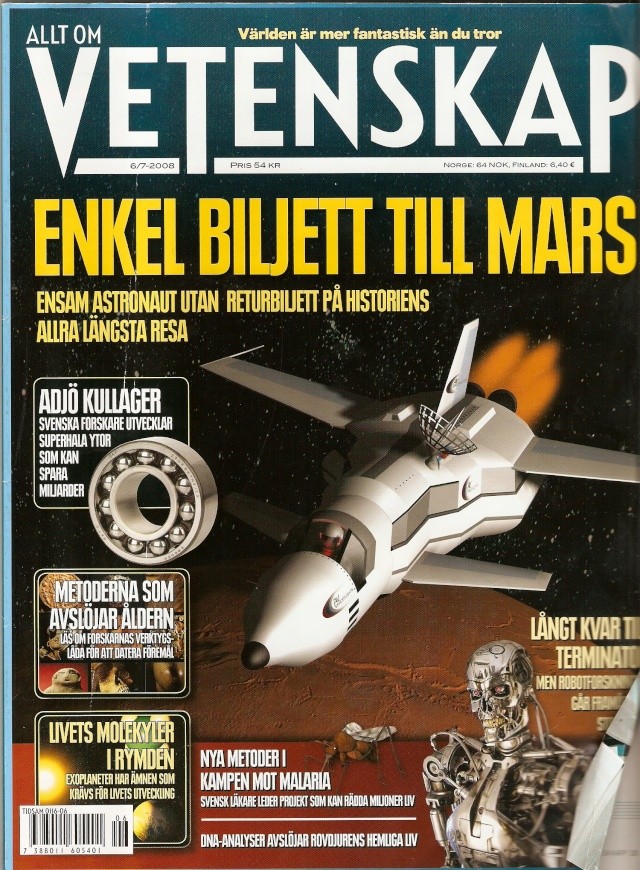