Today the launch vehicle was accomodated on the hauling unit for further tests and transportation to the prop filling station; Breeze-M low-pressure tanks will be loaded there. 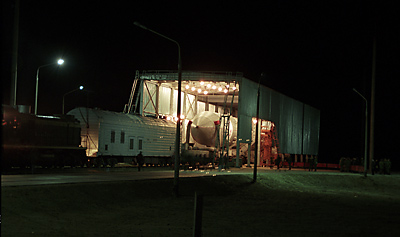 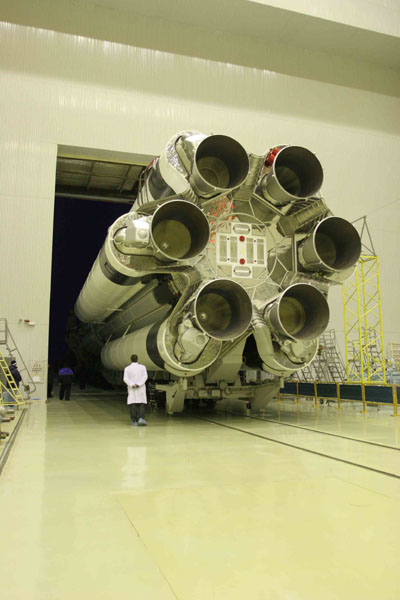 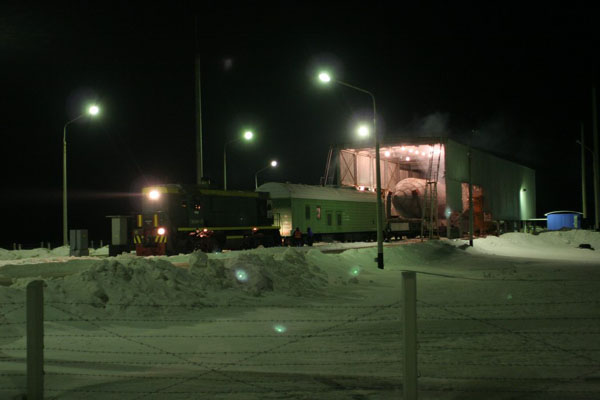 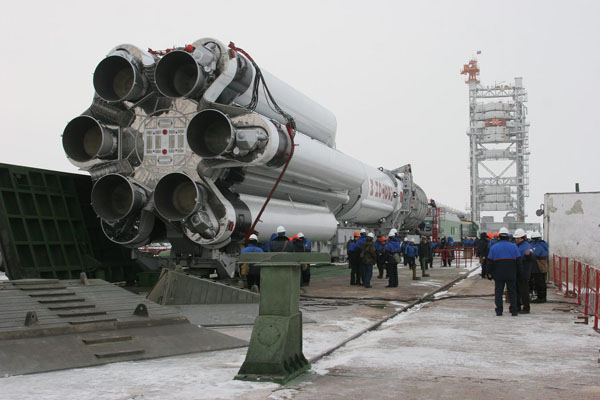 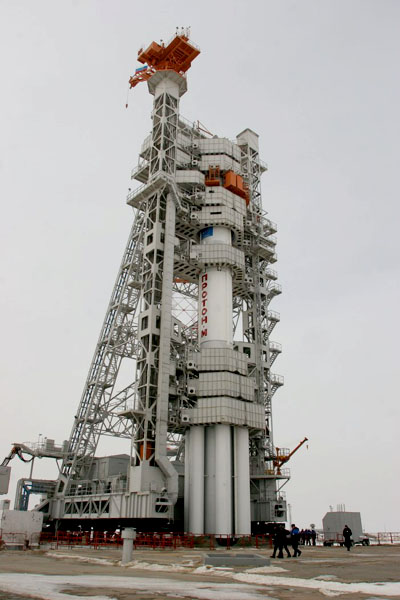 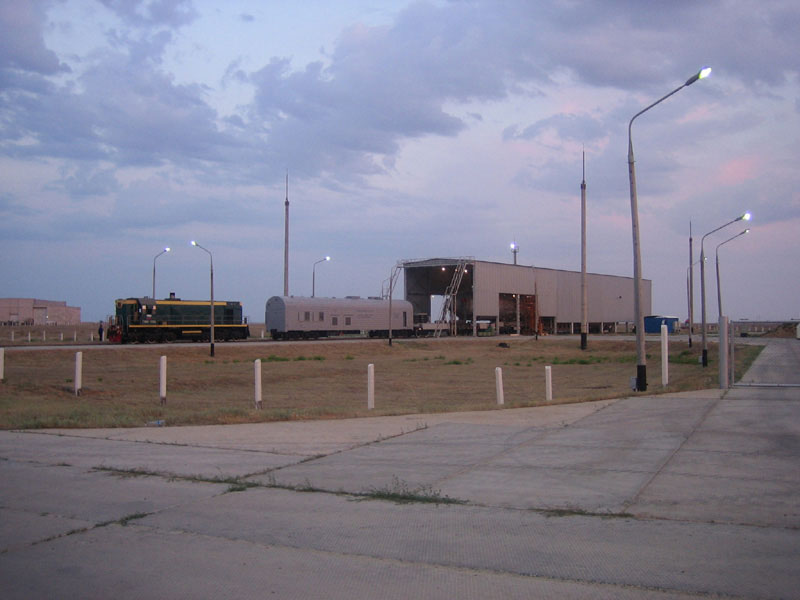 Je lis sur le site d'ILS: "The added capability of the enhanced Proton Breeze M scheduled for the dual Express mission in February 2009 will be used on a future ILS commercial mission"

"The Proton enhancements demonstrated with this launch culminate two years of research, development and testing by Khrunichev, one of the cornerstones of the Russian space industry. While the primary purpose was to meet the requirements of ILS commercial customers and their larger satellites, the enhanced vehicle will ultimately be used for Russian federal missions as well.

Modern design tools allowed Khrunichev to fine-tune such things as fuel tanks, and redesign them to remove mass while maintaining safety margins. Lighter materials were used between the rocket's stages, and graphite epoxy sections replaced metal interstage adapters. Additionally, the Breeze M reaction control system (RCS) has been improved. As part of this, the RCS fuel tanks were reduced in number from six to only two. "Reducing the number of parts and manufacturing one standardized version of the vehicle inherently improves reliability," McKenna said." 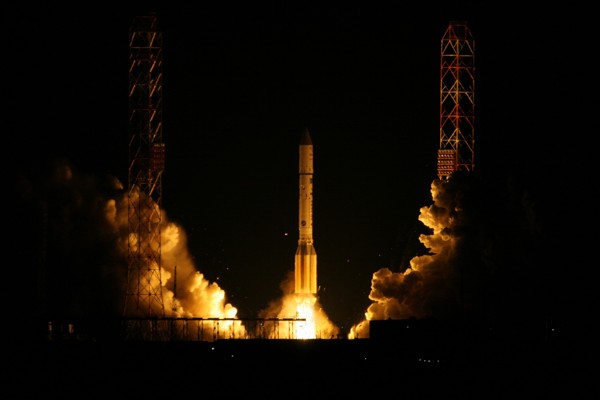 @patchfree a écrit:Je lis sur le site d'ILS: "The added capability of the enhanced Proton Breeze M scheduled for the dual Express mission in February 2009 will be used on a future ILS commercial mission"

Proton-M has 6 modified RD-275 engines. These engines were mounted by the experts from Glushko Energomash R&D, Khrunichev Space Center and other Russian space companies. Current modification of the RD-275 engine is featured by improved power qualities and higher payload capacity.
RD-275 has proven its high reliability by 320 successful launches. About 1950 engines of this type operated with no failure.