Wildfires burning in southern California are threatening the historic Mt. Wilson Observatory and the Jet Propulsion Laboratory. Overnight, the fire size more than doubled, and as of this writing over 85,000 acres have burned. The situation looks better this morning for JPL, but Mt. Wilson, which also is home to several communication towers, is still in danger. Firefighters have vowed to do everything they can to save it. The fires have been fueled by hot, dry weather, but one resident who had to evacuate his home shared with me that the fire has spread with minimal winds, and the situation would be even worse with windy conditions.

Good news this morning is that two Super Scoopers – large water-dropping airplanes – have arrived from Canada and are expected to join the fire fight, officials said.
For the latest info on the fire, there is a live webcam from the KTLA television station showing Mt. Wilson, the LA Times is providing updated coverage on their website, you can listen live to radio station KNX. Mt. Wilson Observatory's website is also posting updates, and the latest news there is that fire crews were instructed to withdraw from Mount Wilson. It appears the fire is under control there, but officials are worried what could happen if no firefighters are at the location. We'll post an update when it becomes available. UPDATE (11:30 pm PDT): The LA Times Blog is now saying it is too dangerous for firefighters on Mt. Wilson because the fire is on both sides of Mt. Wilson Road, the only way off the mountain.
Ian O'Neill, who lives in the LA area is posting information on Astroengine, as well as Emily Lakdawalla from the Planetary Society blog.
For quick updates on Twitter, follow Emily, Ian, or Mike Brown.
photo du mont wilson et du jpl au prise avec les flames
lien http://www.universetoday.com/2009/08/31/mt-wilson-jpl-threatened-by-fire/ 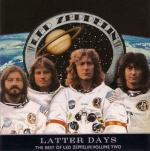