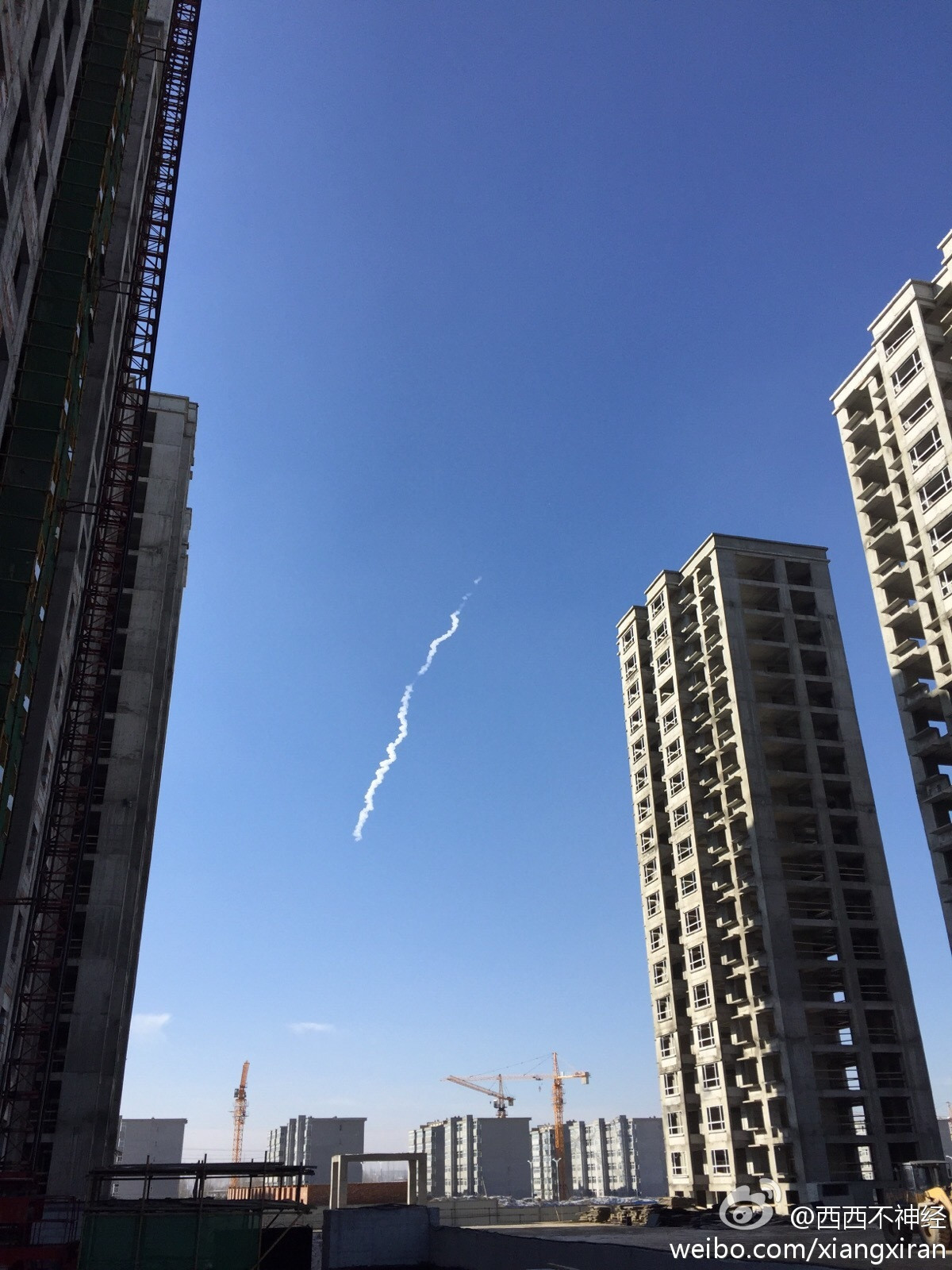 The flight test of the developmental Wu-14 hypersonic glide vehicle was monitored by U.S. intelligence agencies Tuesday during a flight test in western China.

The latest flight test followed earlier tests of the Wu-14 on Jan. 9 and Aug. 7. The three tests indicate that China’s development of a strike vehicle capable of traveling up to eight times the speed of sound is a high-priority element in China’s large-scale military buildup.

A Pentagon spokesman confirmed the test but declined to provide details.

“We are aware of reports regarding this test and we routinely monitor foreign defense activities,” Marine Corps Lt. Col. Jeff Pool told the Washington Free Beacon.

“However, we don’t comment on our intelligence or assessments of foreign weapon systems,” Pool added, noting that the Pentagon has encouraged China to adopt greater openness with regard to its defense investments and military objectives “to avoid miscalculation.”

Last month in Beijing, the United States and China agreed to a new military accord that called for notifying each country of major military activities. It could not be learned if the Chinese notified the Pentagon in advance of the Wu-14 test.

The Wu-14 was launched atop a Chinese ballistic missile and released along the edge of space.

Past tests of the glide vehicle were clocked as reaching an estimated speed of Mach 10, or 10 times the speed of sound—around 7,680 miles per hour.

Such speeds create difficult aeronautics and physics challenges for guidance systems and place extreme stress on materials used in construction of the vehicle.

The report said the People’s Liberation Army “is developing hypersonic glide vehicles as a core component of its next-generation precision strike capability.”

The report said once deployed the Wu-14 “could enable China to conduct kinetic strikes anywhere in the world within minutes to hours.”

Lee Fuell, technical director for force modernization and employment at the National Air and Space Intelligence Center (NASIC), told the Commission that Chinese glide vehicle is launched on a ballistic missile, dives to hypersonic speed and glides to its target. The weapon currently is assessed to be “associated with [China’s] nuclear deterrent forces.”

“Of great concern would be if [China] was to apply the same technology and capability with a conventional warhead or even just without a warhead because of the kinetic energy that it has in combination with their theater ballistic missiles … in a theater role,” Fuell said.

“If that is combined with more traditional ballistic missile attacks forcing a target to defend against very high aspect warheads coming in this way at the same time they have to defend against low altitude, very high speed targets coming in [another] way, it makes the defense problem orders of magnitude worse for the defender,” he said.

The commission report stated that China is expanding its strategic nuclear forces “significantly,” with deployment of new missiles, submarines, and multiple-warhead weapons.

Rick Fisher, a China military affairs analyst, said more tests are needed for China to turn the Wu-14 into a working weapon.

“But the real story is that such a program is now well underway,” said Fisher, with the International Assessment and Strategy Center. “For hypersonic systems, all tests, failures, and successes, provide a positive contribution toward the goal of developing a weapon.”

The Wu-14 is part of what military analysts have said in a growing hypersonic arms race involving China, Russia, and the United States.

By contrast, U.S. development of a hypersonic weapons program has been limited.

The Aug. 25 test of the Army’s Advanced Hypersonic Weapon ended in disaster after the booster launching the weapon blew up shortly after launch from a test base on Kodiak Island, Alaska.

Funding for hypersonic weapons development also has been limited to around $360 million dollars, an amount critics say is small compared to estimated investments by China.

“It is now necessary for the United States to substantially increase funding in two areas,” Fisher, the China military analyst said. “First the U.S. must expand and accelerate its own hypersonic weapons program.”

The Pentagon should fund several types of hypersonic systems in a development competition, Fisher said, as well as further research in counter-hypersonic arms.

Past Pentagon research has included development of both guided-but-unpowered glide vehicles, and high-technology scramjet-powered hypersonic vehicles.

A space plane called the X-37 also is being developed as part of a program known as conventional Prompt Global Strike.

U.S. intelligence analysts have said the current Chinese Wu-14 program is currently part of its strategic nuclear program. However, China also could use the Wu-14 as part of its conventional strike program, such as planning attacks on aircraft carriers in the western Pacific.

“While missile based counter-systems may provide an early solution, there is much more potential in the realm of energy weapons,” Fisher said.

“For example, rail guns offer great potential for early solutions to maneuvering hypersonic weapons and this technology deserves much greater funding,” he said.

Fisher also said the United States should increase capabilities for targeting China’s space and high altitude reconnaissance and surveillance systems, to include satellites.

“These will be absolutely necessary for China to successfully employ its long range hypersonic weapons,” he said.

A Chinese Embassy spokesman could not be reached for comment.

Lora Saalman, an expert on China’s hypersonic development at the Carnegie Endowment, said after China’s second Wu-14 test in August that the closeness of the first two tests showed that Beijing is “fast-tracking” the strategic program.

“When compared with the yearly gaps in between its [anti-satellite] and [ballistic missile defense] tests in 2007, 2010, 2013, and 2014, the WU-14 accelerates China’s development timeline exponentially,” she said in an email in August.

Saalman believes the Wu-14 is part of a Chinese version of the U.S. conventional Prompt Global Strike program.

Lora Saalman, an expert on China’s hypersonic development at the Carnegie Endowment, said China’s third test of the Wu-14 in one year is unusual.

“Not only does this third test of the WU-14 in one year indicate that this is a priority program for China, it also suggests that U.S. historical concerns over a Chinese quantitative ‘sprint to parity’ in nuclear weapons are misdirected,” she said.

“Instead, China is racing ahead on qualitatively developing their advanced conventional weapons,” Saalman stated in an email. “Such developments are significant in that the posture guiding use of these weapons is not guided by nuclear taboo or no first use.”

“The National Air and Space Intelligence Center has said in open testimony before the China Commission that the vehicle is nuclear and there may also be a conventional version,” Schneider said.

“There is not really a race in hypersonic weapons,” he added. “U.S. programs are small scale due to budget cuts.”

Russia’s announced programs on hypersonics include a high-speed missile for a new stealth bomber, hypersonic warheads for Russian ballistic missiles, and a joint cruise missile program with India, Schneider said. “We are clearly losing our technical edge.”