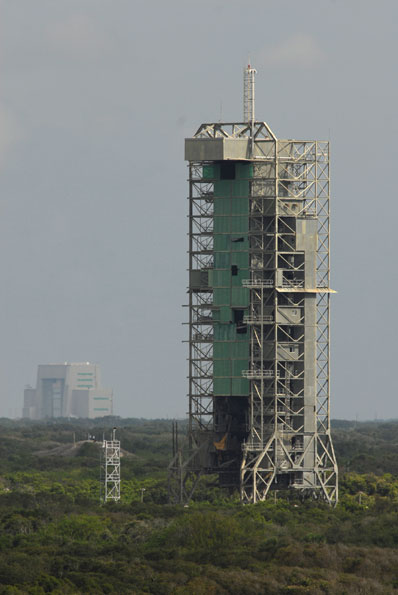 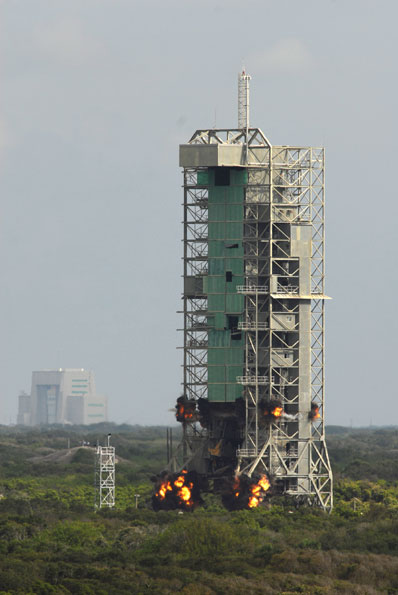 8/7/2008 - PETERSON AIR FORCE BASE, Colo. -- Air Force Space Command announced today a proposed action to make Space Launch Complex (SLC) 36 at Cape Canaveral Air Force Station, Fla., available for operational use by the State of Florida, subject to completion of the environmental impact analysis.
The proposed action would grant the state access to the property under a real-estate license for an initial term of five years.
After reviewing the State of Florida's proposal and commitment to commercial space launch, AFSPC Commander, Gen. C. Robert Kehler, stated support for the assignment because it makes it easier for commercial launch providers to launch from the U.S. "The proposal encourages, facilitates, and harnesses entrepreneurial space achievement.
Enabling a dynamic, globally competitive commercial space sector is in line with national policy and is mutually beneficial to the Air Force and the state," Gen. Kehler said. "We take great pride in fostering a vibrant commercial space sector and expect the spirit of innovation and attitude of cooperation that made this idea into a reality to be prevalent in the years to come."
The proposal is also in line with the mission of the 45th Space Wing, said Brig. Gen. Susan Helms, 45th Space Wing Commander. "Our primary mission here is to assure access to the high frontier. This proposal better enables us to execute that mission."Through its Space Florida organization, the state will be the broker for the complex to commercial space launch companies, setting user priorities and schedules to ensure that commercial users have an ability to use existing launch base and range capabilities without the need to make large investments or long-term commitments. SLC-36 is capable of accommodating light to medium-lift vehicles.
Space Florida would be responsible for developing, managing and paying for operations and maintenance of the facility, being the broker for the facility, complying with all required real property, environmental, safety, security, and all other tenant requirements, and reimbursing the Air Force for the services Space Florida uses.
SLC-36 was deactivated in 2004. Atlas-Centaur, Atlas I/II/IIA/IIAS/III/IIIA launched from there since 1961.
Established as an Air Force major command on Sept. 1, 1982, AFSPC defends North America through its space and intercontinental ballistic missile operations - vital force elements in projecting global reach and global power. The command's mission is to deliver space and missile capabilities to America and its warfighting commands.
The mission of the 45 SW is to assure access to the higher frontier and to support global operations.
- 30 -