Progress M-67 prelaunch processing continues at Baikonur.
RSC-Energia experts performed tests of the Progress` Kurs system in the acoustic chamber on June 24. Progress M-67 electrical tests also had been completed. The vehicle was installed in the bench for pre-vacuum-test operations. Progress` leak tightness will be verified during vacuum tests.

If all goes well, Endeavour will undock from the space station July 28 and return to the Kennedy Space Center on July 31.

At Baikonur launch site the preparations continue for the launch of Progress M-67 cargo vehicle under the International Space Station program.

On the cargo ship Progress M-67 ", which starts on Friday from the Baikonur launch site, the flight will go cell cultures for biotechnological experiments. According to the Head of the breeding and cultivation of microorganisms of "Biohimmash Tatyana Krasheninnikov.

Specialists of the enterprise conducting experiments on the ISS "Bioecology, Bioemulsiya, Biotrek and Ginseng-2. "Cell culture, unlike bacteria, a more" gentle ", they carry bad effects of space flight factors (FKP), but the cells of ginseng, twice fly off into space for 2-2,5 months, survived, and we will send them again "- said Krasheninnikova. A cell yew go to a second 2.5-month space journey, she explained.
Penal cell will be kept on board the ISS until posaki Soyuz TMA-14 ", that is, until mid-October, with the natural conditions of radiation, the flow of charged particles and magnetic fields at a temperature of 26-30 degrees plus."

22-07-2009 Progress M-67 Carries Cell Strains for Biotechnological Experiments
Russian cargo vehicle Progress M-67 to launch from Baikonur this Friday will carry cell strains for biotechnological experiments in the International Space Station, Biokhimash representative informs.
Specialists of this company supervise such ISS experiments as Bioecology, Bioemulsion, Biotrek, Jinseng-2. Cell structures are more sensitive, they exposed more by the space environmental factors. According to the specialists, jinseng cells managed to survive after 2-2.5 months in space, so the scientists decided to fly them again.
The box with the cells will stay on-board the ISS until Soyuz TMA-14 landing in October. 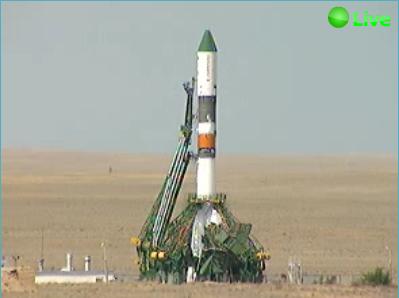 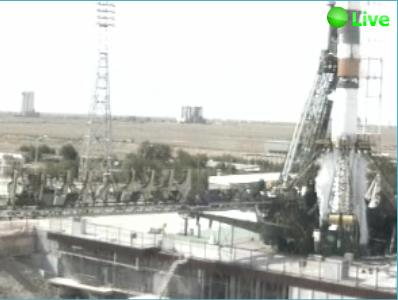 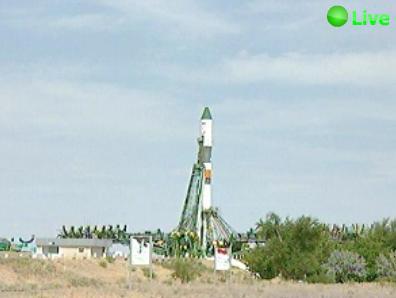