Sea Launch Chief Executive Kjell Karlsen said the company is working on a scenario in which Sea Launch, which places heavy telecommunications satellites into geostationary orbit from a floating platform on the equator in the Pacific Ocean, can be profitable by launching just four times per year.

In a Sept. 7 interview, Karlsen said Sea Launch will be able to reduce its future operating costs to around $4 million per month, down from $5 million to $5.5 million it has been spending.

Freed of most of its debt as a result of the bankruptcy proceedings, Sea Launch is currently seeking a backer willing to invest around $100 million to $150 million in the company — enough to permit a restart of operations. An exit from Chapter 11 could occur by next March, with a return to operations in late 2010, Karlsen said.

The chief executives of the world’s two biggest commercial satellite fleet operators, Intelsat and SES, said they are willing to provide written promises of future launch contracts to aid Sea Launch Co. in its effort to exit bankruptcy under new ownership.

In separate interviews here Sept. 8 during the World Satellite Business Week organized by Euroconsult, Intelsat’s David McGlade and Romain Bausch of SES said they view the return of Sea Launch as critical to the smooth functioning of the global satellite telecommunications industry.

“We like what Arianespace and ILS do, and we are very supportive of them,” McGlade said. “But if you believe they could one day be grounded following a failure — even if you believe that ultimately Indian or Chinese [launches] or [U.S.-based Space Exploration Technologies] SpaceX will be available — then God help you.”

Bausch said Luxembourg-based SES views Sea Launch’s return to operations as a necessary part of SES’s broader effort, made with Intelsat and others, to encourage more companies to take part in the commercial launch market. 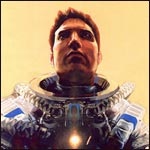 "Boeing intends to pursue vigorously all of its rights and remedies against Sea Launch and the other Sea Launch partners."

LONG BEACH, Calif., March 18, 2010 – Sea Launch received final approval on March 17 from the U.S. Bankruptcy Court in Delaware on its motion to secure a second tranche of debtor-in-possession (DIP) financing in the amount of $12 million from Space Launch Services, LLC (SLS). SLS also provided the first tranche of DIP financing in the amount of $12.5 million to Sea Launch, pursuant to an earlier court order dated December 3, 2009.

Sea Launch, a leading provider of launch services to the commercial satellite industry, received interim approval from the court earlier this month for this second tranche of the DIP credit facility, which is providing working capital for continued Sea Launch operations while the company proceeds through its Chapter 11 reorganization. Sea Launch is planning to submit its Plan of Reorganization to the court shortly, as a step toward emerging from Chapter 11 status.

The company is also completing a comprehensive plan for a revised and revitalized supply chain management structure with its partner organizations to assure timely and cost-effective hardware deliveries and related infrastructure support. This element is an essential factor in the company’s emergence and success going forward. Sea Launch is also engaged in discussions with interested investor groups to secure exit financing intended to provide a strong foundation for transitioning from bankruptcy to a healthy and reliable launch services provider.

Space Launch Services is providing financing to Sea Launch in collaboration with Excalibur Almaz (www.excaliburalmaz.com), and is working to provide exit financing, as well as equity investment in a reorganized Sea Launch, for the purpose of sustaining reliable commercial access to space.

Baikonur Cosmodrome (Kazakhstan), April 1 - RIA Novosti. The Board of Directors of the international consortium Sea Launch Company (SLC) in February 2010 decided to give the Russian RSC Energia head role in the project "Sea Launch", told the head of RKK Vitaly Lopota.

International Consortium of SLC was established in 1995. It includes the American firm Boeing Commercial Space Company (40% of capital), Russia's RSC Energia (25%), Ukrainian Yuzhnoye (5%) and Yuzhmash (10%), as well as the Norwegian shipbuilder Aker Kvarner (20%).

"In the month of February this year, Sea Launch partners met together. The Board of Directors decided to give" energy "a major role in Sea Launch", - said Lopota.

Company SLC 22 June 2009 announced its bankruptcy and financial reorganization under Chapter 11, United States Code. According to the data specified in the statement of the company, its assets amount to 100 to 500 million dollars and debts of $ 500 million to one billion dollars.

- Company Sea Launch, which is a shareholder of RSC Energia, will continue to work?

- At 90% sure that will continue, but the company needs $ 150-200 million to get out of the debt pit. Now we have found an investor willing to revive the project. I recall last year the company Sea Launch announced a voluntary bankruptcy. Six months ago, formed a plan of restructuring, the implementation of which, for various reasons, constantly deferred. Recently, RSC Energia announced the parent organization of the project, replacing the Boeing Company. Hopefully, now the situation budge.

If we talk about the draft is self-sufficient, we believe that it can be achieved by ensuring a regular four to five launches per year. But only if the new management team will focus on business development. Overall, in our opinion, if an efficient organization, we can expect 8-10 runs per year. To do this, however, deliver the missiles to launch this point is not on a platform of "Odyssey", and a special transport ship, on the road carrying their assembly and test. Samuel platform should be placed off the coast of some uninhabited island near the equator, because the seas can not hold overload rockets from one vessel to another.

Daughter of RSC Energia withdraw from the bankruptcy of the Sea Launch
:: 06.05.2010

A subsidiary of Russian Rocket-Space Corporation (RSC) Energia »- Energia Overseas Limited - will the phasing out of bankruptcy of an international consortium Sea Launch» (Sea Launch Sompany) to implement more than 30 launch vehicles such as the Zenit-3SL »specially equipped with a floating platform Odyssey, said in a statement on the website of "Sea Launch".

"The new financing agreement the company has received provisional approval from the U.S. Court for bankruptcy in Delaware on April 27, provides additional funding for the Sea Launch $ 30 million. Part of the proceeds of the funds will be used to reimburse all make loans that make up approximately 19 million dollars. The remaining balance of these funds will be used to fund ongoing programs "- noted in the announcement of the company. International Consortium of SLC was established in 1995. It includes the American firm Boeing Commercial Space Company (40% of capital), Russia's RSC Energia (25%), Ukrainian Yuzhnoye (5%) and Yuzhmash (10%), as well as the Norwegian shipbuilder Aker Kvarner (20%).

The company "Sea Launch" only in the world is run from the equatorial region from the floating platform in the Pacific Ocean. Due to the location, the point of launch boosters Zenit-3SL »could be put into orbit satellites are much more weight than with ground-based launch sites located outside the Equatorial zone.

Complex "Sea Launch" allows you to display the geostationary orbit satellites weighing up to three tons, at geosynchronous transfer orbit - up to six tons, and in low Earth orbit - up to nine tons.

Earlier (April 1 this year), the head of RKK Vitaly Lopota said while at Baikonur, a number of media that the Board of Directors of the international consortium Sea Launch Company (SLC) in February 2010 agreed to pay Russia's RSC Energia head role in the project "Sea Launch . "In the month of February this year, Sea Launch partners met together. The Board of Directors decided to give" energy "a major role in Sea Launch," - said then Lopota.