(...) Prowler was an experimental satellite used for close inspection of other (non-US) satellites in geostationary orbit (see discussion here), reportedly coming to within decimeters of some satellites. There are suggestions that it was a test of technology which, in wartime, could be used to sabotage enemies' space assets. It was also said to employ stealth technologies to evade easy detection. 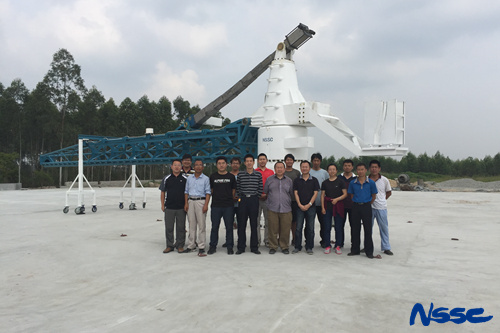 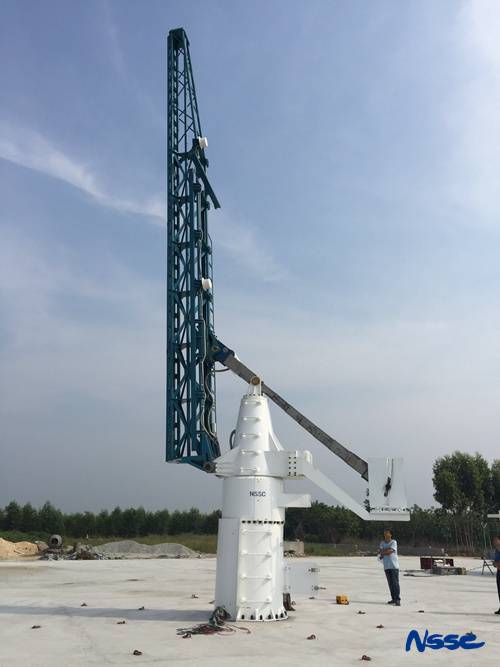 The test of a Dong Neng-3 exoatmospheric vehicle was carried out Oct. 30 from China’s Korla Missile Test Complex in western China, said two defense officials familiar with reports of the test.

A Chinese press report also provided details of what was said to be a missile defense interceptor flight test carried out Nov. 1. Photos of the missile’s contrails were posted online.

However, the defense officials said the DN-3 is primarily a direct-ascent missile designed to ram into satellites and destroy them, even if intelligence assessments hold that the weapon has some missile defense capabilities.

The DN-3 flight test was the eighth time China carried out an anti-satellite missile test. An earlier test occurred in July 2014, which China also asserted was a missile defense test.

State Department and Pentagon officials declined to comment on the anti-satellite test.

A Chinese Embassy spokesman said: “I don’t have detailed information about the missile test you mentioned.”

“China advocates for the peaceful use of outer space, and opposes space weaponization or arms race in space,” the spokesman said in an email.

A State official referred to a speech from February by Frank Rose, assistant secretary of State for arms control, verification and compliance, who commented on the 2014 test.

“Despite China’s claims that this was not an ASAT [anti-satellite] test; let me assure you the United States has high confidence in its assessment, that the event was indeed an ASAT test,” Rose said.

“The continued development and testing of destructive ASAT systems is both destabilizing and threatens the long-term security and sustainability of the outer space environment,” he added.

China’s most disruptive ASAT test occurred in January 2007 when a direct ascent missile destroyed a Chinese weather satellite, creating tens of thousands of debris pieces that pose a continuing danger to both satellites and manned spacecraft, like the International Space Station.

Rose said the secrecy surrounding China’s ASAT program is preventing any U.S. cooperation with Beijing on space. Cooperation will only possible after “China changes its behavior with regard to ASATs,” he said.

Documents disclosed by Wikileaks revealed that the United States and Asian allies issued protests to China over a January 2010 flight test of an anti-satellite missile from an SC-19 rocket booster.

It could not be learned if protests were lodged over the Oct. 30 test.

China’s Guancha.com reported Nov. 1 that the unusual contrails near the city of Korla, in Xinjiang province, that appeared to be signs of a spacecraft launch or possibly “a midcourse anti-missile test.”

“In recent years, similar clouds have appeared over the skies of Xinjiang many times,” the report said. “A few of them have been linked to land-based midcourse anti-missile interception tests.”

Hong Kong’s Ming Pao then reported Nov. 4 that the test appear to be a “final-phase missile interception test had been conducted in the upper atmosphere.”

“The capability to intercept was one of the capabilities of the PRC Hongqi-19 missile, and may be employed to intercept high supersonic gliding targets on the offensive,” Ming Pao stated.

A forthcoming report by the congressional U.S.-China Economic and Security Review Commission contains an entire chapter on China’s military and civilian space capabilities.

The report discusses two anti-satellite missiles, the SC-19 and the larger DN-2, which are meant to be fired in pre-determined flight paths as a satellite passes over Chinese territory.

The report suggests that China disguised its anti-satellite tests in 2010, 2013, and 2014 as missile defense interceptor tests. It stated that each test involved a high-speed intercept of a mock warhead launched by a ballistic missile and not a satellite as a way to avoid debris.

The May 2013 DN-2 anti-satellite test involved “nearly geosynchronous orbit” where most intelligence and navigation satellites are located. The commission described that test as demonstrating “a new high-altitude anti-satellite capability” that could be deployed as early as 2020.

The 2013 test, which reached 18,600 miles into space, was first reported by the Washington Free Beacon.

Since 2005, China has conducted seven anti-satellite direct-ascent missile tests, according to the commission report. The report did not include the latest DN-3 test.

Air Force Lt. Gen. John “Jay” Raymond, commander of the Joint Functional Component Command for Space, said at a House hearing in March that “we are quickly approaching the point where every satellite in every orbit can be threatened.”

Rick Fisher, a military analyst with the International Assessment and Strategy Center, said if the DN-3 interceptor test is confirmed, “this is the first mention of the DN-3, apparently either a modified version of the DN-2 or a new anti-satellite weapon.”

Fisher said the missile designated as the DN-1 was based on the SC-19 anti-satellite missile first tested in 2007, and that the DN-1’s booster appeared to be based on the KT-1 solid-fueled space launch vehicle, produced by China Aerospace Science and Industry Corporation. “It would follow that the DN-2 and DN-3 may also be [the corporation’s] products,” he said.

A DN-3 weapon based on the KZ-11 launcher would be capable of hitting targets at higher orbits.

If the recent test involved missile defenses, “China may be developing [anti-ballistic missile] ABM systems capable of intercepts at much longer ranges than U.S. Ground-Based Interceptors based at Fort Greely in Alaska,” Fisher said.

China has been harshly critical of U.S. missile defenses and has said it opposes all space weapons.

However, the development of both missile defenses and anti-satellite missiles by China has been underway since the early 1990s, Fisher said.

“The United States so far has not developed very high-altitude ASAT systems like the DN-2 and DN-3, also proving that China has little intention to follow the example of American restraint,” he said.

A report by the Rand Corporation published in September concluded that the Chinese threat to U.S. satellites is increasing.

“The risk to most U.S. space functions appears to be growing faster than the U.S. ability or effort to mitigate them,” the report said, noting that Chinese space warfare capabilities “are increasing across the board.”

“In a number of areas, the U.S. military is taking steps to mitigate the threat,” the report said. “Whether these efforts succeed in making U.S. systems safe or, at least, unattractive targets should a U.S.-China conflict occur will depend on what investments the United States makes in space defense in the coming years and whether it can find ways to reduce its systems’ vulnerabilities.”

Hyten said if U.S. satellites are threatened, “we have the right of self defense and we’ll make sure we can execute that right.”

On the possible future use of military force in space, Hyten bluntly said: “That’s why we have a military … I’m not NASA.”

“All that’s really important because we’ve got to make sure the balance doesn’t change here, qualitatively or quantitatively, and we’re not going to let that happen,” Carter said.

The Army’s Strategic Forces Command, which is entrusted with the task of handling strategic weapons, launched the missile at 9.45 a.m. from a road-mobile launcher.

The Army’s Strategic Forces Command, which is entrusted with the task of handling strategic weapons, launched the missile at 9.45 a.m. from a road-mobile launcher.

The missile which is designed to carry a one-tonne payload covered a range of more than 3,500 km on Monday, before splashing down in the Bay of Bengal. “Flight was successful and it met all the mission parameters”, A Defence Research and Development Organisation official told The Hindu.

All the radar stations, telemetry and electro-optical systems along the East Coast monitored the performance of the missile during the entire operation. After accelerating to a height of about 600 km, the re-entry vehicle with a dummy payload withstood scorching temperatures as it re-entered the atmosphere and splashed down near the pre-designated area in the Bay of Bengal. 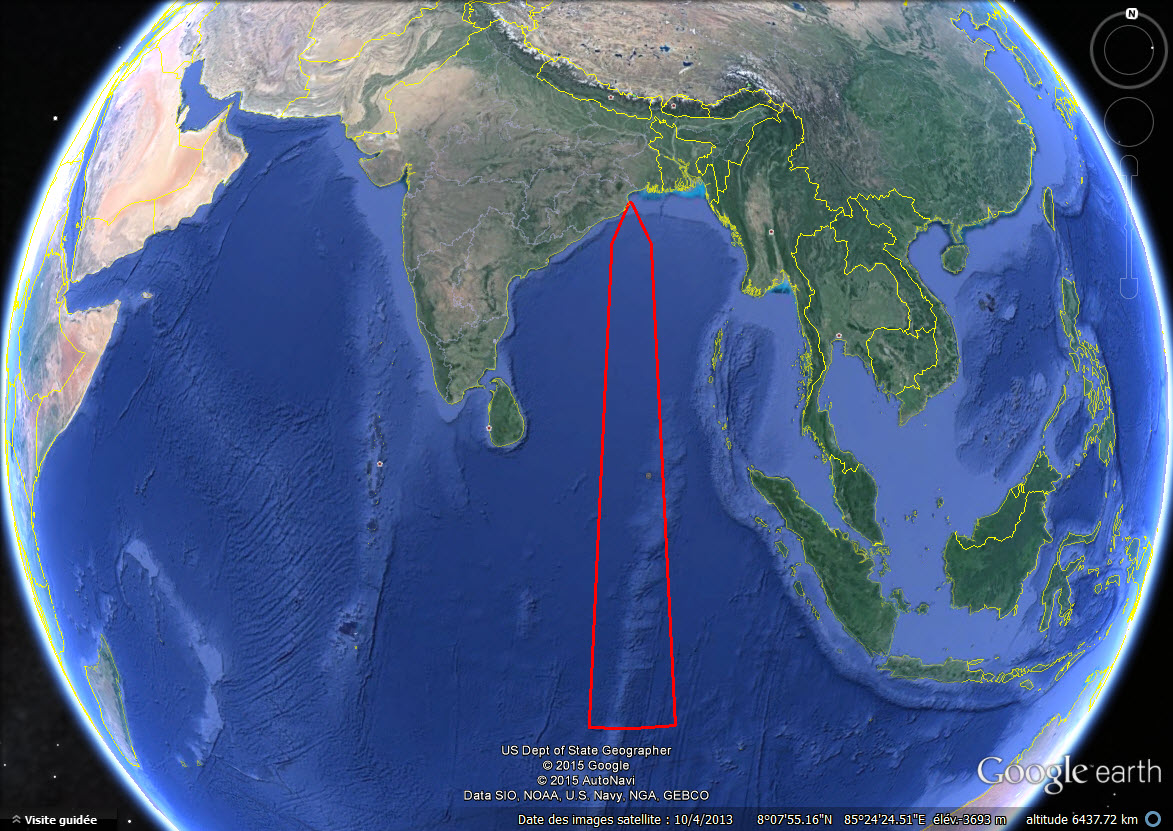 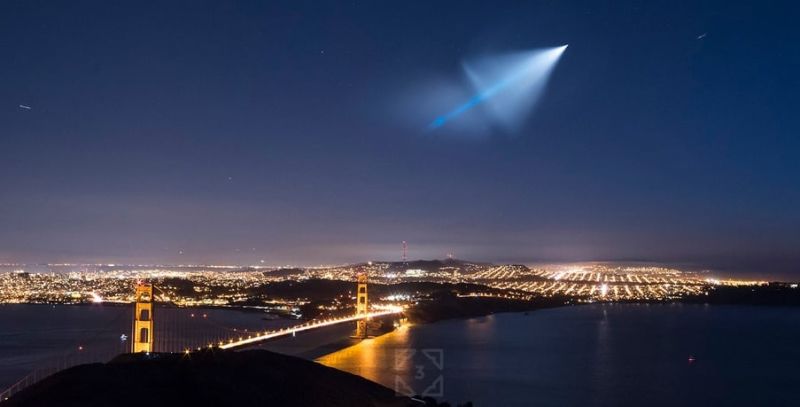